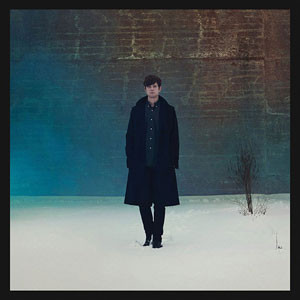 James Blake’s self-titled 2011 debut album was perhaps one of the strangest records to be given such an overt major label push into the musical mainstream. Its oblique leanings and experimental electronica were suggestive of an auteur like artist rather than someone who was ever going to perform at the Brit Awards. Nevertheless, his debut was relatively successful and a mystique has built around him. Artists as diverse as Kanye West and Bon Iver enthused about his work, and he collaborated with the latter on an EP.

The debut album’s strange mix of singer-songwriter introspection and electronic inflections has been honed to almost perfection on Overgrown. Blake’s previous work seemed ever so slightly doubtful of itself, but on Overgrown he sounds incredibly assured as all the different facets of his musical nature combine to make a supremely impressive follow-up.

The most striking thing about Overgrown is its lucidity and coherency. This is a genuine collection of songs that inform and relate to each other. While his debut mainly consisted of fragments of lines and repeated loops, Overgrown bears the touch of a promising lyricist. Equal attention is given to the words and the sound. Almost all the songs here revel in a doleful sadness; it is a maudlin feeling to luxuriate in. The ache of a long distance relationship hangs over the album. On the glitchy hip-hop influenced Life Round Here, that feeling of loss and abandonment is made most explicitly as Blake sings, “Part time love is life round here”. On the gentle unadorned piano balladry of DLM he pleads “Please don’t let me hurt you more”. The cumulative effect of these words tinged with an almost constant sadness is terribly affecting.

Musically, Overgrown is more diverse and dynamic than before. Blake seems to have found an ideal middle ground between restrained and measured balladry and disorientating electronic soul. On songs like the title track he is reflective and becalmed, his voice free from any vocal treatments. The key line of “I don’t want to be a star but a stone on the shore” is redolent of his shy and unassuming nature. Tracks like these are plainly influenced by his love of Joni Mitchell, as expressed in his often performed cover of A Case Of You. These songs provide the human heart to Blake’s experimental soundscapes.

An example of his expanding cachet is the addition of two esteemed guests in the form of Brian Eno and Wu Tang Clan’s RZA. It’s a mark of Blake’s talents that even when working with such musicians his music still sounds unequivocally his and unlike almost anything else. The sparse, dark hip-hop of Take A Fall For Me, featuring a wonderful verse from RZA including some quaint English references to fish and chips, is a significant stylistic step forward for Blake. Even more impressive is Digital Lion, featuring Eno. Here, the track builds from gospel-like beginnings into an intense breakdown of busy percussion, break beats and low-end bass pulses. Its strong sense of purpose and rhythmic propulsion make it by far his most overtly club based track.

A further example of the flourishing of his sound and style is the prominence of the voice, which is foregrounded in every track; it’s an ululating, tremulous thing of beauty, made ever more bewitching by the subtle glitches, sounds and inflections that complement it.

The final three tracks on this album are simply stunning. On this three-song run, all of Blake’s ideas and charms are expertly realised. Voyeur is an off kilter club track with a distant two-step backing warped by an almost subhuman voice before the whole thing lurches into the saddest and strangest club banger you could possibly imagine. To The Last and Our Love Comes Down are more conventional but no less compelling. It’s a genuinely moving conclusion to an album that contains precious little mis-steps.

All in, Overgrown is a triumph. It is evidence of James Blake forging his own singular musical path, free from hype and expectation, and blossoming into both a producer of real compositional skill and a songwriter of great depth.