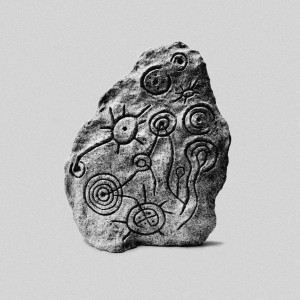 James Holden has been working in the outer limits of experimental electronic music for almost 15 years now. His Border Community record label has become a byword for ambitious and progressive electronic music over the past decade. Holden’s debut album, 2006’s The Idiots Are Winning, established him as a singularly wondrous and unique producer in his own right. Since that striking debut though, Holden has kept a relatively low profile as an artist in his own right. His seven-year absence from recording makes his second album The Inheritors all the more special.

The Inheritors again sees Holden embarking on a quest to the outer reaches of electronica. It’s a sound quite unlike any other producer’s. Placeless, formless and timeless, his sound patters are indicative of a dazzling musical mind. Experimentation isn’t an indulgence for James Holden; it’s at the core of his musical being.

The Inheritors (named after a William Golding novel) takes much of its influence from the most primitive of musical forms. Ritualistic pagan folk music, ceilidh and traditional musical instrumentation are warped by Holden into something quite beguiling. He describes contemporary raves and clubs as akin to mythical pagan rituals, experiences of communal release. The strange and oblique music he provides is described by the artist as rave music in its truest form. This is rave music, however, warped into something quite different. The eerie, displaced piercing noise of opening track Rannoch Dawn is suggestive of an otherworldly sound. The track sounds like a chugging steam train lurching into life. Over the course of its four and a half minutes, a crude ragged beat and sense of discordant rhythm only emerges in its final 90 seconds. It’s one of very few traditional kick drumbeats that feature on the album.

Elsewhere the dissonant and the off-kilter flourish. The music is deceptively complex. Each instrument and sound is played by Holden himself. Running through each of the 15 songs is an evocative sense of atmosphere shaped by the landscape and an almost mythical grandeur. At its most stirring moments, much of The Inheritors sounds stunning. The mangled distressed polyrhythm’s of Renata build to a superlative clangourous climax while InterCity 125 is a wonderful spectral cry, equally bewitching and elusive.

Throughout The Inheritors, you repeatedly get the sense that Holden is not content to just push musical boundaries; he wants to push through those boundaries into something new altogether. Holden recognises that his music has to exist outside of dance music’s traditional parameters. Intense and bristling tracks like Gone Feral, as rough hewn and visceral as its title suggests, are a perfect example of his vaulting ambition.

It does not always come off on the album – the middle section of the record is rather more low-key. However, even these weaker moments play a key role in the functioning of the whole. The album’s penultimate track and eight minute centrepiece is astonishing. Blackpool Late Eighties is spaced out ambient techno that perfectly evokes the feeling of lost lands and new discovery. It exists in a middle ground between the future and the past. It’s perhaps the perfect sonic representation of this album and James Holden’s mindset.

The Inheritors is a rich and vivid work that is as mysterious as it is compelling. For James Holden it is an album that sees him beginning to move beyond an acclaimed producer and DJ into a true composer and electronic visionary.