by Aaron Payne
published: 15 May 2013 in Album Reviews
Tweet 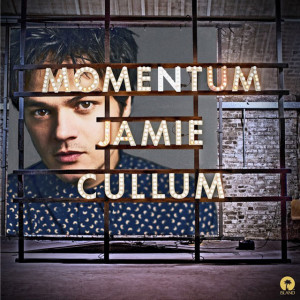 Jamie Cullum’s new record sees him writing nearly all his material for the first time. The results are, on the whole, pretty good, but Momentum might leave listeners in some doubt as to precisely who Cullum thinks he is.

Momentum seems to be an exercise in trying on different clothes, all of which fit in an off-the-shelf kind of way. On The Same Things, Cullum sounds like Laura Mvula (who happens to be featured later on Sad, Sad World); on Pure Imagination, there’s a bit of a James Blake feel (without the innovation); Anyway could be a Bruno Mars song. When Cullum abandons his jazz home-ground, he seems unsure of what to do, and ends up aping the sounds of others. He does this successfully most of the time – Momentum is extremely listenable – but without improving on, or really owning, the material he’s taken inspiration from.

This all sits at odds with the point of Momentum. It was supposed to be Cullum’s most personal album yet, influenced by the emotional upheaval of fatherhood, marriage and maturity. The lyrical content is reflective, dealing with missed opportunities, old flames and abandoned attitudes. Everything You Didn’t Do speaks fairly eloquently of ageing (meeting under starlight to cover up life’s battle scars) and regretting. It’s also the closest Cullum has ever come to sounding like Scouting For Girls. Needless to say, you’d pick Cullum’s effort over any of that particular band’s output any day, but there’s not a million miles of difference separating the two.

It’s a shame that somebody as musically gifted as Cullum wasn’t able to do something a little more original when turning to pop music. Material such as that found on Momentum has been coming out of the radio for a while now. If Cullum’s career as a jazz pianist went down the pan tomorrow, he’d be a songwriter in some serious demand. He’s able to demonstrate the same commercial nous and stylistic versatility (within commercial bounds) that Coldplay have, and you could list a double handful of artists out there who’d shift bucketloads of what’s on offer here.

There are occasional misfires. Love For $ale, a collaboration with Roots Manuva, is desperately dull until Roots Manuva turns up with predictably compelling results. When I Get Famous goes for a cabaret feel without really being witty enough to pull it off. And You’re Not The Only One is a trudging, sub-Take That ballad that’s only half as epic as it thinks it is.

On the whole, Momentum is a solid slice of radio friendly pop-rock, and sadly, it’s truly deserving of that particular set of epithets. It should do well, although whether Cullum has enough power as a performer to give these songs the run of success they’d find in the hands of polished, perfected X-Factor graduates remains to be seen.