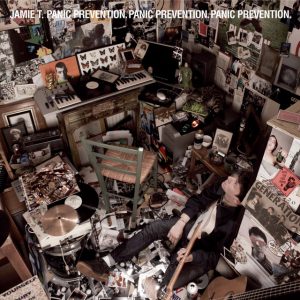 Wimbledon has had a fair few claims to fame over the years – the ‘Crazy Gang’, Henman Hill, Mike Batt and his pointy nosed furry creatures – but it’s been a bit scarce on the ground when it comes to musicians.

Not for much longer though, if Jamie Treays has his way. He’s been one of the hippest names to drop for nearly a year now thanks to a steadily growing internet buzz, and the singles that he’s produced so far have been greeted with critical acclaim and extensive radio play.

Treays has always been pretty difficult to pigeonhole. He’s friends with artists such as Larrikin Love and Lily Allen, yet sounds like neither. He’s been compared to The Streets, but his songs are a million miles away from the grimey raps of Mike Skinner. There’s even been the odd mention of Billy Bragg, but there are no earnest political protest songs here.

One thing that Treays can be described as though is a great songwriter. He fills his songs with characters so well sketched you can almost picture them – from the melancholic yet angry drunk in Calm Down Dearest to the underage girls going dancing in Salvador. And with a single line like “girls singing on the bus, fellas kicking up a fuss”, he can sum up the madness of a Friday night out in London.

He may not be for everyone though. The opening track of Brand New Bass Guitar is about as raw it comes, a slapdash punky rush with Treays accompanied on the acoustic bass of the title. Lyrically, it touches subjects such as drunk driving and gun control, and even cleverly swipes from ’50s rock’n’roller The Big Bopper with its “helllooo baby”. It’s an exhilarating opener.

Musically, the album bounces all over the place. From the shuffling dance rhythms of Dry Off Your Cheeks, through the scratchy acoustic folk of Back In The Game and singalong anthems such as Sheila and If You Got The Money, each track buries itself expertedly in the memory.

Treays’ lyrics guarantee they stand up to repeated listens as well – So Lonely Was The Ballad is a brilliant examination of a menacing night out, complete with people who “talk with their fists and argue with their friends”. By the time Treays is talking about the men who “steal your girlfriend – take her round the back, she’ll come back limping”, you’re completely riveted.

Salvador is similarly impressive, a dark tale of schoolgirls who lie to their fathers when they want to go out dancing, while the blistering Pacemaker even has some topical undertones, with mention of body bags coming back from Iraq. Each song is scattered with memorable phrases such as Salvador’s “bang bang Anglo Saxon at the disco” or Calm Down Dearest’s “I’ll soak my fuckin’ socks off”. And we really can’t forget Sheila’s winning opening couplet of “Sheila goes out with her mate Stella, it gets poured all over her fella”.

Each song is littered with imaginative samples, such as John Betjeman in Sheila and lines from a self-help tape on panic attacks in So Lonely Was The Ballad. There’s even little hip-hop style skits in between tracks, mostly consisting of Treays swearing, but all of these are just a few seconds long and never outstay their welcome.

Although some long-term fans may be disappointed at the lack of new material (there have been demo versions of half the album floating around on the internet for the last few months), that doesn’t stop Panic Prevention from being one of the year’s early musical highlights. Move over Uncle Bulgaria and ‘Tiger Tim’, there’s a new kid in town.