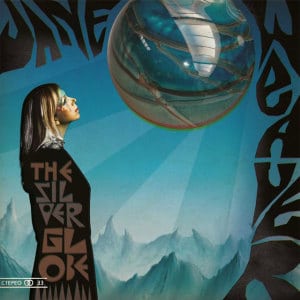 Is Jane Weaver one of the most ambitious songwriters in the UK?

I ask the question because The Silver Globe would appear to confirm she has no boundaries when it comes to style and content. Which is all very well, but what could in other hands turn into a ragged, undignified mess ends up being an utterly affirmative concept album, where the likes of Hawkwind, Can and even Kate Bush rub shoulders comfortably.

Weaver has previous in this area, looking back to previous album The Fallen By Watchbird, or even further to her work as part of the bands Misty’s Big Adventure and Kill Laura. Add to that her involvement with the Finders Keepers label, a veritable hotbed of musical adventure, run by her husband Andy Votel, and you have the recipe for an invigorating album.

The album’s press release describes the concept is described as ‘part coming of age, part cautionary tale, and part romantic peon’, with more than a dash of ‘cosmic imagery’. After a few spins, all of this falls into place, and Weaver’s breathy voice is effortlessly carried by the musical invention behind it, as though borne on a cloud.

This is in part due to the album’s impressive guest list. David Holmes co-produces two tracks, while Cybotron (not the Juan Atkins incarnation!) guest on Argent, which establishes the chugging motion of Krautrock early on. Damon Gough contributes a guitar solo to Don’t Take My Soul, while Andy Votel is involved in post-production. Meanwhile Hawkwind’s involvement in The Electric Mountain is by way of a recycled loop from Star Cannibal, turning it into the album’s epicentre with a nice fat bass line and some keyboard wizardry.

While all manner of these influences, guests and studio cuttings trip over themselves to be involved, Weaver arranges them coherently, so that while the music is busy her vocals ultimately draw the attention. Your Time In This Life Is Just Temporary, the closing track, works well in this way as its clanging piano evokes an empty fairground, but the Bush-like vocals steal the show. Mission Desire is a piece of space disco that finds Weaver moving from dreamy chorus to more agitated verse. Even in the gathering momentum of Argent there a soft dreaminess to the vocal as Weaver recalls a far-off folk tune, while the Bush influence pops up again briefly in Don’t Take My Soul, over what sounds like an electronic hurdy gurdy.

The lyrics are both meaningful and elusive, with snippets that speak closely to the listener and others that leave you scratching your head. In a good way. For The Silver Globe is a truly invigorating experience, rich in content and invention, and bagging itself a place as one of the most distinctive albums of the year.