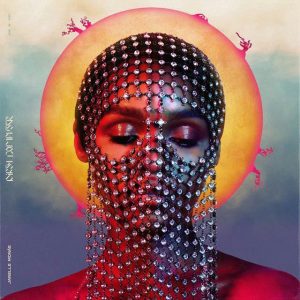 Janelle Monáe’s a great argument for the validity of the cliche that talent borrows, genius steals. From David Bowie to Elvis Presley the greats have often been unapologetic thieves. In this instance, the most obvious musical touchstone is Monáe’s friend and collaborator, Prince. When Make Me Feel landed a short while ago, discussion about its similarities to the core sound of the late icon were soon overshadowed by the video’s depiction of Monáe’s apparent bisexuality.

Having seemingly dropped her proclivity for concept albums in favour of a more personal approach, Monáe appeared to be signalling that she would once and for all clarify her much speculated-upon sexuality. Nevertheless, despite revealing in Rolling Stone: “Being a queer black woman in America, someone who has been in relationships with both men and women, I consider myself to be a free-ass motherfucker,” alongside the candid content of Dirty Computer and the accompanying videos, much like Prince, she remains as elusive as ever.

So Monáe named herself as a black, queer woman, but what that statement, and the record, reveals is that those facts don’t bring you any closer to the woman herself. They are just that, facts, details that shouldn’t be the basis for any kind of discrimination. She went on in the interview to claim that with regards to young girls, young boys, nonbinary, gay, straight, queer people, “This album is for you. Be proud.” There’s no doubt this music comes from her personal circumstances, but she’s translated them in a way that is far more inclusive than an exclusively confessional record would be. Given the main themes of the album focus on sexuality, gender, and race it seems wholly apt, and how much of their personal lives would artists be expected to give away anyway? Prince was notoriously enigmatic, and it never acted as a barrier to his music.

And with Dirty Computer Monáe proves she is no mere copyist. Make Me Feel demonstrates she is possibly the only artist equipped to pay homage, and further carry the flame, of Prince’s legacy. In it she’s created a pop song unlikely to be bettered this year; one that is so infectiously rhythmic it leaves a steamy trail in its wake and the listener feeling about 10 feet tall.

Dirty Computer is a record that celebrates subjects that are often inexplicably still taboo, not least female sexuality. In Pynk she presents an unambiguous celebration of female genitalia. The video was so brazen, you can but howl at the absolute audaciousness of the vagina-emulating chaps, mainly because it feels like a giant middle finger to every proponent of pussy grabbing culture. Both Grimes and Monáe’s vocals are overtly feminine, whereas on tracks like Django Jane she switches to a more masculine delivery, cleverly messing with perceptions and common associations: in this instance the assumption that boys rap, girls sing. Yet, she breaks down those binary notions with her vocal liquidity.

I Got The Juice – featuring Pharrell Williams – further extends the vagina-monologue, diving into something unabashedly sexual: “Got juice for all my lovers, got juice for all my wives/My juice is my religion, got juice between my thighs.” Who knew that in 2018 – a solid 26 years after Madonna’s book Sex – such open feminine-focused sex talk from a woman would still feel so bracing? The lads have been at it for ages. One of the many triumphs of the album is the sense of fun that saturates every track, the “pussy riot” she’s instigating, as serious as its origins are, is also an absolute blast, as if she’s arguing the fight for sexual liberation should be as pleasurable as the act itself.

Monáe speaks not just of sexual liberation but also her blackness, as on Crazy Classic Life, where she strives to be “young, black, bold and free.” And on Django Jane she recalls, “Remember when they used to say I look too mannish/Black girl magic, y’all can’t stand it” suggesting detractors better get used to it, for Monáe is representing the future in her visibility, boldness and agency as a black, queer woman. There’s very little that’s subtle about the album, and the closing track Americans could feel a little overripe in its ambition to reclaim what makes America great, but given what’s come before it the plain-speak is justified.

As for her influences, they are many and varied (although the Beach Boys-esque harmonies on the title-track goes straight to source with a guest spot from Brian Wilson himself). Screwed includes a spoken word interlude that recalls another innovator, Laurie Anderson. Nonetheless, it’s Prince’s ghost that reigns supreme over the record, and while she nails both absorbing his spirit and infusing her own, there are times when you wish she would push the envelope a little harder, as she has on previous records.

This album is possibly her least musically adventurous, but thematically it’s defiantly bold and generous. Whatever gender, sexuality, or race people are coming from listening to Dirty Computer, it is the most invigorating and emboldening gift. It’s just the way she makes you feel, so fucking real.