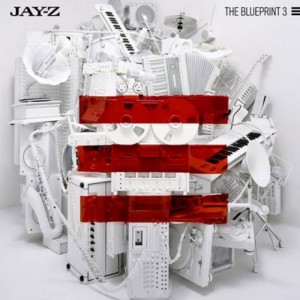 With this record Jay-Z wraps up the Blueprint project he began eight years ago and first released on September 11, 2001 – a fact not lost on the rapper.

Its principal mandate was to bring some soul into hip hop in the form of well chosen samples, and the first instalment of the series is generally regarded as his best album to date – quite a statement when you think he is second only to The Beatles when US Number 1 albums come into play.

In the week said supergroup get a new coat of paint, this third Blueprint is a statement of intent; an indication that as he approaches his 40th birthday, Jay-Z isn’t going to give up his mantle. He craves similar longevity. With that in mind So What We Talkin’ About gets straight to the meat of the argument – and throws down the gauntlet.

With D.O.A. (Death Of Auto Tune) the rapper takes his young pretenders to task. “I know we facin’ recession, but the music y’all makin’ gonna make it the great depression”, he chastises – though for added irony his producer is none other than self-confessed autotune addict Kanye West. That said, there’s no sign of the technique here in one of The Blueprint 3’s standout moments, the evocative chorus featuring a songful sax that reeks of nocturnal Harlem.

As is to be expected, the guest list is long and lavish. Renewing their successful partnership, Rihanna brings her distinctively piercing tones to Run This Town. Empire State Of Mind, a fabulously epic production, sees Jay-Z casting himself as Frank Sinatra while Alicia Keys goes for broke on the chorus. “These streets will make you feel brand new, the lights will inspire you” she sings, the chorus a centre point of this love letter to New York.

It’s generally the tracks falling back on more traditional samples that work best, as when he looks forward Jay-Z is less successful. The Timbaland productions are not as innovative as might be expected, and Venus Vs Mars is a curiously monotoned affair of minimal interest, the familiar percussive style given a welcome shot in the arm through a brief flourish in the song’s core.

As ever the use of samples is clever and inventive; the man who opened a lot of eyes with Hard Knock Life still at the top of his game when it comes to spotting a fragment of something for his own game. This time the ‘victims’ are Justice (a snippet of D.A.N.C.E. used for On To The Next One), Janko Nilovic and Dave Sucky (their In The Space is used for D.O.A.) and Alphaville, the debt to Young Forever acknowledged by a simple reversal of the title. Here West’s protege Mr Hudson wraps the album up with a slightly wistful vocal to the chorus, complementing the harsher rap tones in the verse. They work well together.

While not as groundbreaking as the first Blueprint was, this is nonetheless a strong record, its A-list guests and production tempered nicely by the inclusion of in-the-now collaborators of the order of Young Jeezy and Empire Of The Sun front man Luke Steele.

The Blueprint 3 confirms Jay-Z is still in rude health and calling the shots. But you get the impression his next record is going to have to pull something even more innovative out of the bag to keep him ahead of the competition. This record confirms he has the capability to do just that.