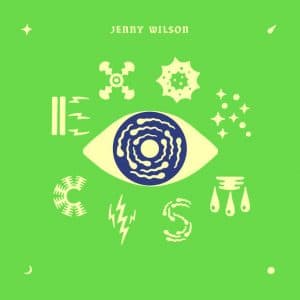 Opening tracks don’t come more uncompromising than the first song on Jenny Wilson‘s fifth album. Bluntly entitled RAPIN*, the track (and its video, and indeed the entire album) describes Wilson’s sexual assault in 2016 and is an extraordinary way to open a record – the stark electro-pop setting is already enough to grab the attention, but when Wilson starts singing, it’s almost too painful to carry on listening. It’s not just the description of the attack itself – “did you pick me ‘cos there was no one else around?” – but the aftermath too where she sees a doctor and has “to show my body again”.

Taking personal trauma and making music from it is something that Wilson’s done before – her previous album, 2013’s Demand The Impossible, dealt with her diagnosis with breast cancer – but Exorcism truly seems to be a cathartic experience for the Swedish singer. It’s a concept album in the old-fashioned sense of the word: beginning with the horrific act itself, before dealing with the mind-numbing after-effects and, finally, some sense of light after the darkness.

You’d expect much of Exorcism to be downbeat and gloomy, but in common with much Scando synth pop, there’s a brightness and invention that runs deep through the record. Lo’Hi’ has an irresistible bounce that is reminiscent of Shamir‘s brilliant On The Regular, and contrasts with dark lyrics such as “listen close, I said no”. It Hurts is a languid, woozy, almost dreamy number, while Forever Is A Long Time has a dark pulsating energy that recalls Grimes’ more reflective moments.

Yet it’s the subject matter which makes Exorcism such a compelling (and inevitably uncomfortable) listen. Disrespect Is Universal begins with attending an ID parade, before going on to call out misogyny in society as a whole and highlights the fact that a rapist isn’t a shadowy monster hiding in bushes, but could be anyone – the “blond hair, nothing special” of the attacker, “just a guy in our society… could be any guy, blame the society”. It’s riveting and impossible to tear yourself away from, if undoubtedly disturbing.

Your Angry Bible deals with the personal aftermath of the rape – a disintegrating relationship that can’t handle the pressure that’s suddenly appeared. Wilson’s voice here is extraordinary, a traumatised howl from the abyss as she sings of her former love, “I almost believed in the words you hammered in… you told me that your love to me was greater than anything I’ve had”. Yet it’s at this point that some light begins to creep in: the anger and resilience of the title track (“I am ready for this fight”) giving way to a sense of new hope in closing track Forever Is A Long Time.

There are times where Exorcism gives you the uneasy feeling of sneaking a look into someone’s personal diary – it is harsh, unflinching and, at times, pretty hard to listen to. But it’s an album that had to be made, in order that, as the title suggests, demons can be exorcised. It’s this quality which makes Exorcism such a compelling, and ultimately uplifting, experience.