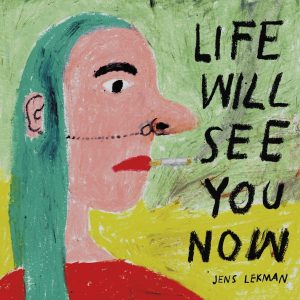 A tendency towards self-absorption is perhaps an inevitable part of the condition of the singer-songwriter. That doesn’t mean that singer-songwriters are necessarily more narcissistic than anyone else; it’s just that anything they decide to sing about is likely to be reflected through their own experiences or emotions. Many of the best songwriters simultaneously embrace and overturn this: they take their own experiences or emotions and manage to turn them into something that chimes with the listener.

Jens Lekman has always been a little bit different. With his frequent use of the names of cities, streets, friends and acquaintances he keeps a certain distance between himself and his listeners: his allusions to people and places that his audience do not know or may not be familiar with signify that his songs are very much about his own experiences. But the use of these references also gives his songs a real honesty and intimacy as he shares these personal memories and details.

In his new album he permits a further intimacy by allowing us to eavesdrop on the various dialogues that he recounts. To Know Your Mission finds what appears to be a fictionalised version of Lekman chatting to a Mormon missionary about the meaning of life; in Evening Prayer he goes for a drink with a cancer survivor friend who has 3D printed a model of his excised tumour; Our First Fight describes not just drama and high emotion but also quotidian conversations about TV. To Know Your Mission includes the line ‘In a world of mouths I want to be an ear’, and this perhaps sums up the reflective nature of his songwriting.

Lekman is undoubtedly an original songwriter, but just occassionally his insistence on the twee and quirky becomes a bit much. To be fair, the 3D printed tumour is cool; but the title of Hotwire the Ferris Wheel pretty much describes the central conceit of the song and smacks of trying too hard to create a kookily romantic image. And the young version of himself saying “I write songs sometimes, but they’re kind of bad” in To Know Your Mission is slightly smug. He is more affecting when he is straightforwardly romantic, but in a platonic way, as he often is here. How Can I Tell Him is about the love between two male friends that is unvoiced by either, but felt and known by both. Evening Prayer picks up the same thread, with Lekman wondering whether he is close enough to his friend to care about him as much as he does.

Lekman goes further with the arrangements and production then he has before. The music is noticeably more upbeat than most of his previous work, as he experiments with tropical rhythms and gently electronic elements. Lead single What’s That Perfume That You Wear? samples steel pans from Ralph MacDonald’s 1978 track The Path to lend something uplifting to this song of olfactory nostalgia. Postcard #17 is similarly grounded in percussion, with synthetic handclaps that build up into a more complex beat behind simple piano chords; and How We Met, The Long Version is joyfully close to kitsch with its classic disco sound.

This experimentation with styles and arrangements means that Life Will See You Know does feel a little jumbled, as though Lekman has failed to settle on a sound, but on the other hand it’s just about clear that this is sort of the point. As such, it has the feel of a transitional record; having proved to himself that it’s possible to pair up heartfelt songs with sometimes incongruous music, perhaps Lekman will hone this concept further in his future work.