by John Murphy
published: 15 May 2020 in Album Reviews
Tweet 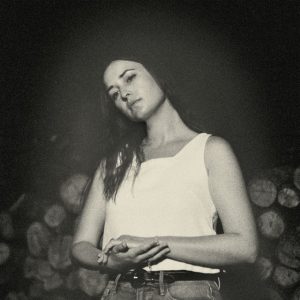 Jess Williamson may not be a household name just yet, but the Texan native is already on her fourth record in just six years. Sorceress, the follow up to 2018’s Cosmic Wink, has a timeless quality to it – it’s the sort of album that could have been produced at any time over the last 30 years, with its lush production and nods to a very earthy type of folk.

Williamson has described this as her “mother album” (with the idea being that a woman’s life is divided into phases – “maiden, mother and crone” in Williamson’s own words). Despite this, Williamson’s songs remain relatively abstract, and they may take some time for their subtleties to properly reveal themselves. When they do though, Sorceress becomes a rather addictive record.

Opening track Smoke is a fine demonstration of Williamson’s talent – beginning quietly with acoustic guitar, it slowly builds up pace into a proper foot-stomper. It’s not a raucous anthem (Williamson doesn’t really do raucous) but it’s the sort of song you can imagine going down a treat on a live performance.

There are times where Williamson sounds like Angel Olsen, and there’s a cinematic quality to her songs that remind one of Howling Bells, especially on Wind On Tin and the gorgeously brooding How Ya Lonesome. Although there’s nothing instantly catchy on the record, it’s still a cosily accessible album, especially on the title track and the stately ballad Love’s Not Hard To Find.

It’s the hidden complexities that lie inside Williamson’s songs that make them so appealing. Infinite Scroll is one of the most commercial songs on the record, opening with a swoop of strings that bring to mind The Cranberries‘ Linger, but the lyrics tell of a broken heart, a botched wedding and the way memories can slowly disappear when just infinitely scrolling through an app like Instagram.

Williamson is also adept at telling stories through songs, such as Wind On Tin which is about a woman who travels to a desert town for a funeral – full of evocative lines such as “Nothin’ll get you like seeing a cowboy cry” or “Were the angels singing just for us, or is that what the wind out here does on tin”.

The stately pace of the record – with not many songs other than the opening Smoke raising above a mild trot, in terms of tempo – means that this will be a slow-burner for a lot of people. It’s not an album to grab the attention, which doesn’t bode well for Williamson’s chances of breaking into the mainstream.

That, together with the fact that of Sorceress’ 11 tracks, there are a couple of songs that feel a bit like half-sketched filler, means that Williamson’s fourth album may not come across many people’s radar. Yet for those who do chance upon it, there’s much to enjoy.