Jessie J – Who You Are 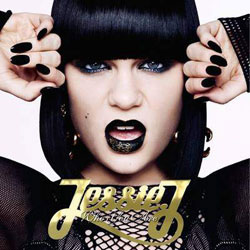 You’d have to have been living in a bubble void of any interaction for the last six months to have escaped the whirlwind of media hype that has proceeded the arrival of Essex singer-songwriter Jessica Ellen Cornish.

Ever since she was tipped for the nebulous 2011 BRITs Critics’ Choice Award – which she went on to win – all eyes and ears have been on the 22-year-old who, having co-written lyrics for established artists such as Justin Timberlake and Alicia Keys, is now ready to claim the spotlight for herself, under her stage name of Jessie J. And she’s wasted no time whatsoever in doing so – debut single Do It Like A Dude cruised up the UK singles charts to Number 2, with its follow-up Price Tag going one better just 10 weeks later.

With her coy yet confident demeanour, leggy liberating stature and jet black Mystic Meg bob, Jessie has already attracted the column inches of a star. Amid all the hype, her label have brought the release of her debut album Who You Are forward by a month.

Nobody’s Perfect is an honest tale laced with violins that addresses Jessie’s flaws and imperfections. It’s the next single to be released from the album and is reminiscent of late Pink in its narrative style and injections of heart-wrenching vocals, exemplifying Jessie’s vocal range as well as her ability to switch between rap and soul with ease.

If you have the time to sample just one song from this album, it should undoubtedly be the uncomplicated acoustic live version of Big White Room. It offers the first real insight into the songstress’ versatility as a live performer, and it’s at this stage in the album that you become aware of Jessie’s maturity as a lyricist, even if not as a solo artist.

Mama Knows Best has all the trappings of a Christina Aguilera classic (yes, there are such things), but it’s not the first time during Who You Are that you’re left wondering if you are in fact listening to a compilation of divas from the last decade. Rainbow, L.O.V.E and Stand Up could all have featured on the previous works of Beyonc�, Nicole Scherzinger and even Natasha Bedingfield.

There is no questioning this album’s potential appeal to a wide audience, powered by a major’s marketing machine and stacked in supermarkets. But you can’t help but wonder if starting a musical career as an accredited songwriter has somewhat of a bi-polar effect on the ability to position one’s self as a credible stand-alone solo artist.

In her first offering, Jessie J’s only real failing appears to be her attempt to be everything to everyone. As a result the album fails to live up to its title, for by the end of it you’re left none the wiser when it comes to the identity of Jessie J.

More on Jessie J
Jessie J – Who You Are