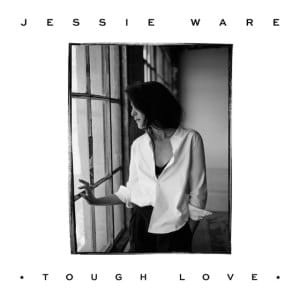 From singing backing vocals for Jack Peñate at live shows to releasing her critically-acclaimed and Mercury Prize-nominated debut album, Jessie Ware’s rise over the past few years has been impressive to say the least. In fact, the plaudits for 2012’s Devotion were such that the 29-year-old ended up with nominations in the British Breakthrough and British Female categories at the 2013 BRIT Awards.

The record – produced by The Invisible’s Dave Okumu – was a breath of fresh air compared to the generic pop being produced at the time, with Ware’s soulful and sophisticated sound far more interesting than fellow BRIT Award nominees Emeli Sandé and Rita Ora. As a direct result of Devotion’s subtle brilliance, Ware quickly found herself playing to an ever-expanding fanbase across the world in a punishing tour schedule.

However, the madness of the post-Devotion period contributed significantly to the creation of her highly anticipated follow-up, Tough Love. The album’s title track, which also has the duty of leading off the record, was written by Ware “after a really gruelling period of shows, to the point where I had just completely run out of energy”. It is telling as well, with the beautifully understated track displaying the same world-weariness that made her debut so engrossing.

“It’s already that time that you hope my mind is true/ and I’ve been thinking of what to say or not to do/ So you wanna be a man about it, do you?” she sings, with her delicate, seductive vocal, over a flickering riff and sparse, atmospheric beats. The song lays down the foundation for a record that continues to draw on the expansive palette of synths heard on Devotion, while also adding new layers to take her to the next level.

One of the most obvious changes in direction on Tough Love is demonstrated on second single Say You Love Me, which was recorded with hit machine Ed Sheeran – who had previously worked with one of the record’s producers, Benny Blanco. It is Ware’s clearest attempt at trying to break into the mainstream, with the sultry soul ditched in favour of a big pop ballad that sounds very much like one of Sheeran’s own, barring the female vocal.

Considering that her best charting track from Devotion, the infectious Wildest Moments, only reached Number 46 in the UK Singles Chart, it was perhaps understandable that she decided to enlist Sheeran. Yet, while the song does feel like a departure – the chorus breaks into a full blown choir towards the end – Ware manages to pull it off and still retain all the qualities that made her such an engaging artist in the first place.

There is also a confidence in the song that reverberates throughout the rest of the LP, which results in Tough Love being far less downbeat than its predecessor. Champagne Kisses is more playful than Ware has ever been before, with its scattered beat building towards a chorus that captures her incredible vocal range, while Sweetest Song and Cruel revolve around irresistible R&B hooks and spacious synths.

That said, there are still moments of melancholy in the elegant You & I (Forever), which sees Ware’s effortless vocal rest on a luscious bed of swarming synths, and the dramatic pop ballad Pieces. But it is the fun side of Tough Love that really makes a mark, with tracks such as the magnificent Want Your Feeling – a collaboration with Dev Hynes (Blood Orange) – and the electrifying Keep On Lying confirming what a special talent Ware is.

By the record’s conclusion, it really feels as though Jessie Ware has taken a significant stride forward. Tough Love may not be perfect – Kind of… Sometimes…Maybe lacks the direction that is evident elsewhere – but for the most part, it is an assured collection of songs that exudes the confidence of an artist at the peak of her powers. If Ware did feel any pressure to replicate the success of her debut, it certainly doesn’t show here.