Jessy Lanza – All The Time 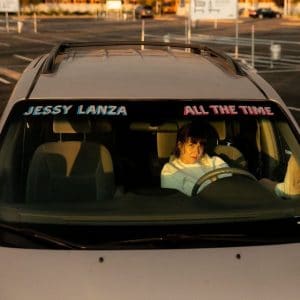 The musical pairing of Jessy Lanza and Junior Boys’ Jeremy Greenspan has already resulted in 2016’s addictive Oh No, and now they are following it up with a second collaborative release. While the synths still have their analog charm and the grooves are as enticing as ever, All The Time shifts the balance somewhat away from alt-pop and closer to an outright electronic record with its disregard for verse-chorus structures.

Lick In Heaven sets the pace with an irresistible 4×4 bump and slightly goofy keyboard preset underpinning coy vocals (“I can’t help but over-react when I’m excited / he might try to pull me down, I slide away, moving on again”). Face is a more up-tempo tune that pairs syncopated percussion with cut-up vocals (and is that a tiny City Girls sample at the beginning?).

As is now so common in the alternative electronic scene, a healthy affection for ’80s R&B is on display: squint and the production on various tracks starts sounding like Marvin Gaye’s Sexual Healing. Alexander is a good example of this, detuned lyrics on top of congealing synth pads and a steady drum machine loop, while the title track that rounds off the album is firmly in slow jam territory, with its smooth chords and a hypnotic ticking in the place of a beat.

The best track on the album is Over And Over: Lanza’s playful delivery is in full effect, and a woozy breakdown in the middle section builds back up to a truly infectious hook, a call-and-response between Lanza and her chipmunked double that rivals anything on Oh No. Does this mean she and Greenspan have captured lightning in a bottle twice? Sort of – while not quite as immediate as its predecessor, All The Time is an enjoyable collection of bops and ditties for those who like their tunes retro and mischievous.