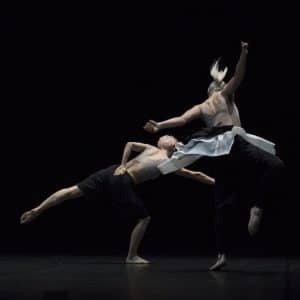 Jlin has made a swift return after last years superb Black Origami. Yet Autobiography is being distinguished from her main discography as a separate project, not her third album proper. It is, in fact, the result of a collaboration between her and celebrated choreographer Wayne McGregor. Autobiography is described as “a dance portrait illuminated by the sequencing of his own genome” a curious prospect in itself, and given Jlin’s highly original take on electronic forms, one full of promise.

The Abyss Of Doubt opens the record with the familiarity of a Jlin recording, in that it sounds so unfamiliar. The freshness of Black Origami’s sonic irregularity bleeds into this recording. Glitchy beats may have become ubiquitous, but in Jlin’s hands, they stand distinct, as do the horror aesthetics of sampled screams that permeate the asymmetrical electronics that surround them.

Harsh electronic soundscapes are matched with more ambient pieces, and Anamesis Part 1 is a much gentler proposition creating the illusion of calming wind chimes, with Part 2 adding pastoral flourishes. Whereas Annotation pairs club beats with gentle electronic inflections, and Kundalini recalls the thrilling experimentalism of her last record in its use of exotic sounds.

Having not seen the production it’s difficult to imagine that this soundtrack doesn’t overwhelm the dance. That said McGregor has a canny knack for choosing his collaborators wisely – A Winged Victory for the Sullen being a case in point – and it’s telling that he reportedly gave Jlin free reign to create as she saw fit. With that freedom Jlin manages that rare thing; a soundtrack that doesn’t act as merely background music. Evidently, his trust has been repaid in kind, and fans will find much to enjoy until her third full-length appears.