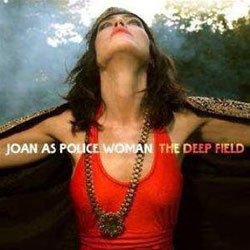 Fans of Joan Wasser’s previous releases Real Life and To Survive will find plenty to fall in love with on this third album. Named after a far and distant part of space containing other galaxies, it possesses an aptly open sensibility both in terms of her lyrics and the chord progressions she chooses, while her half spoken vocals remain as curiously seductive as ever.

A self-confessed perfectionist who can spend months agonising over a single word, this precision is evident on sighing, yearning album highlight The Action Man, angular opener Nervous, lead-off single The Magic and the dramatic Run For Love. Things take a particularly soulful and sensual turn on The Human Condition, complete with Barry White style backing vocals, and the sweet and swirling synth ballad Kiss The Specifics.

Gentler dreamy tracks Flash and the almost hymnal Forever And A Year aside, there’s more attack to her sound now. Electric guitars play a more prominent role, and this – largely – works; yet their repeated addition to song crescendos can seem occasionally intrusive and unnecessary. But this is a minor gripe with a compelling new work from an artist who is really on her game, making her retro influences (her name is from a ’70s police show) seem fresh and relevant.

Her UK tour this February will, as ever, be worth checking out to hear these classy songs take on new dynamic shapes and to see this intriguing and slightly mysterious performer at work.