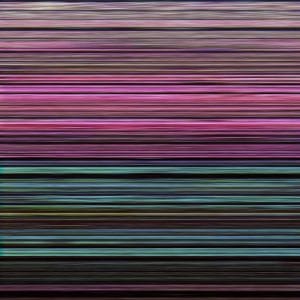 Although Hot Chip are very much still a going concern, it’s been fascinating to watch the evolution of the band’s two founder members as they’ve embarked on their solo projects. For, while Alexis Taylor has chosen a languid, often acoustic-based backing for his solo songs, Joe Goddard has very much kept the beats in his embrace. Whether it’s his work with Raf Rundell in The 2 Bears or his stunning collaboration with Valentina in 2011, Gabriel, Goddard’s primary consideration has been to make you move.

Electric Lines, the belated follow-up to his 2009 solo debut Harvest Festival, continues that quest in some style. Goddard’s love of the electronica genre shines through in each track, as he touches on old-school soul, house and techno, making liberal use of samples and guest vocalists to create an album that, at times, could be the party soundtrack to 2017.

While there’s nothing particularly revolutionary to be found on Electric Lines, there’s plenty to enjoy. Opening track Ordinary Madness is a smooth soulful take on summery pop music, with Jess Mills‘ (aka SLO) vocals turning the track into something reminiscent of Jessie Ware‘s excellent debut, while Valentina’s return on the gorgeous Human Heart is a wistful, reflective instant classic. Goddard also demonstrates his knowledge of ’70s funk by skillfully mixing Brainstorm‘s lost disco classic We’re On Our Way Home with Daniel Wilson‘s deep soulful vocals.

Sometimes though, the highlights come when Goddard is just left to experiment on his own – Lasers is an exhilaratingly discordant techno workout, and Children is a seven minute long instrumental track that slowly builds up the euphoria. Like much of the album, it’s the sort of track you want to be listening to as the sun comes up over a deserted beach somewhere in the Mediterranean, sharing some DNA with Caribou‘s Sun.

It doesn’t always work so effortlessly though. Lead single Music Is The Answer (anther collaboration with SLO) is oddly anodyne, and seems to drag when it should thrill, while Lose Your Love – built upon a sample of The Emotions‘ I Don’t Wanna Lose Your Love, as was Primal Scream‘s Loaded – seems to be all anticipation, a steady build to a rapturous drop that somehow never comes.

Yet Goddard is too much of an expert at this stuff for any disappointments to linger. Taylor appears on the title track, and its a song to rival the best of Hot Chip, with Taylor making an update of a computer system sound like the saddest thing on earth: “Everybody’s updating their hardware, plugging in their new gear, upgrading to all new components, replacing the things from last year,” he mournfully intones as gentle handclaps and the soft buzz of Goddard’s synth burbles beneath him. Like the best of Goddard and Taylor’s work, it’s oddly affecting without quite knowing why.

Like the best of the genre, it’s an album which sounds equally effective whether it be filling a dance floor or providing background for cleaning the house. And while there’s nothing on Electric Lines to match the heart-stopping brilliance of Gabriel or even be as sheer fun as much of The 2 Bears record was, it will satisfyingly sate anyone who feels they’ve been waiting too long for a new Hot Chip album.