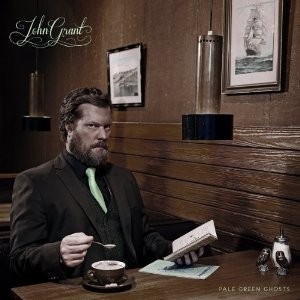 As John Grant’s former band The Czars slowly dissolved in the year following their 2004 masterpiece Goodbye, it’s difficult not to imagine that he found himself thinking that it was never going to happen for him. Despite a string of strong albums and some critical acclaim, even the phrase ‘cult appeal’ seems to oversell The Czars’ level of success and after the split Grant disappeared from music.

It was a heartening surprise, then, when he returned in 2010 with a solo album, the brilliant Queen Of Denmark, which won critical plaudits and (most importantly) finally garnered him an audience that responded warmly to its wry lyrics and musical blend of MOR rock and alternative folk. The use of Grant’s music in the much admired 2011 film Weekend further broadened his appeal; add the iconic Sinead O’Connor covering Queen Of Denmark’s title track and a collaboration with Hercules And Love Affair and Grant seemed to have finally arrived.

While Queen Of Denmark was an astute portrait of self-doubt (self-loathing, even) it would be fair to expect that such a triumphant period as this would instil at least a modicum of confidence and pride. The startling opening title track of Pale Green Ghosts certainly suggests so – its imposing synths recall John Carpenter’s soundtrack to Assault On Precinct 13 and instantly signal a clear break with Grant’s musical past. Indeed, the choice to produce the album with Gus Gus’ Biggi Veira (now Grant’s fellow countryman following his relocation to Iceland) rather than continue Queen Of Denmark’s collaboration with Bella Union bedfellows Midlake suggests a bold and assertive step forward (particularly given that Grant’s history must have made it tempting to play it safe). If the move into electronic music is unexpected, it proves to be inspired – Pale Green Ghosts positively brims with widescreen vigour while the buoyant kiss-off of Black Belt seems destined to turn Grant into an unlikely floor-filler. Sensitive New Age Guy, seemingly about a didactical drag queen who “had a deeper understanding of the state that we are in”, is equally infectious and is carried along by one of Grant’s most appealingly blithe vocals to date.

Still, this is John Grant and his familiar tropes soon manifest themselves. GMF finds Grant declaring that “I am the greatest motherfucker that you’re ever gonna meet” in its chorus but the verses, wherein he obsessively lists his personal flaws, reveal this hubris to be a façade aimed at someone who “had the nerve to make me feel”. Just as Goodbye and Queen Of Denmark were preoccupied with the fall-out from disintegrating relationships, the central stretch of Pale Green Ghosts finds Grant picking at the scabs of heartbreak (a visceral, licentious Taylor Swift, if you will).

Sinead O’Connor pops up on the eerie, atmospheric Why Don’t You Love Me Anymore providing strident backing vocals which sometimes explode to the surface, suggesting the emotional trauma bubbling beneath Grant’s mournful delivery. Nonetheless, his take on this deeply personal pain is delivered with characteristic drollness: You Don’t Have To induces honest laughter with its ingenious opening salvo of “remember walking hand in hand side by side, we walked the dogs and took long strolls through the park/except we never had dogs and never went to the park.” The electronic influences in these songs are unobtrusive but compelling, serving Grant’s core talents for engaging words and memorable melodies well.

Nowhere are these qualities displayed more than on the opaque Ernest Borgnine, which brilliantly leaps from a memory of the former Airwolf actor to address Grant’s HIV positive status (and much more). Instead of cloying sentimentality, the song uncomfortably finds the singer launching a coruscating attack on himself, asking “what did you expect, you spend your life on your knees” and mocking notions of self-pity (“sorry that you think you got it rough in the First World”). Haunting saxophone from Óskar Gudjónsson floats in and out of the mix, forcing against galvanic beats and Grant’s heavily distorted vocals. The track explodes with inspiration – it’s funny, moving and absolutely astounding. Closing track Glacier, a stately assurance to someone (a younger Grant, perhaps) that they’ll survive the misery and fear spread by the bigoted, similarly impresses with its affecting lyrics made all the more powerful by a beautiful piano/strings coda. It’s a suitably dignified end to a brave album.

Neil Tennant of Pet Shop Boys famously once advanced the notion that artists experience an ‘Imperial Phase’ where everything goes right for them, both critically and commercially. On the strength of Pale Green Ghosts, John Grant should rightfully be entering his own. It’s a towering achievement, building on what has come before while expanding it in astonishing ways. This is undoubtedly one of the best albums of the year and after so many thwarted attempts, the world is finally Grant’s for the taking.