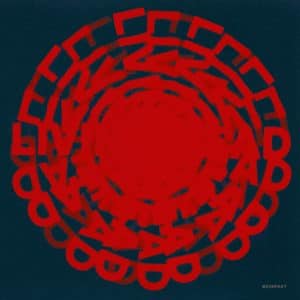 Appropriately for a Kompakt release, John Tejada’s new record takes us back to the days of microhouse: downsampled pads, dubby bass and clinical precision characterise these tracks, and though there are slight dynamic shifts through the album, it is geared towards sustained immersion instead of individual highlights.

Year Of The Living Dead kicks off in moody fashion with The Haunting Of Earth, an unpredictable groove complemented by flashes of gated reverb. It’s simultaneously spacious and propulsive, aided by a bed of synths that echo endlessly and fade in and out of earshot. Sheltered is less sparse, a 4×4 beat alternating with snatches of breakbeat and a more dominant bassline.

The aforementioned pads really are the star of the show most times, holographic pools of clear blue water that glisten and ripple to the beat. On Echoes Of Life they hiss rather ominously and break into quaver fractals, while Panacea has an ambience that comes to the fore periodically like a wave lapping a beach.

Spectral Progressions sends Tejada’s sound design in a more surreal direction, woozy bell-like frequencies and deep Reese bass contrasting with a stark plucked lead synth. Eidolon plays with tempo through its use of kickdrum, combined with eclectic rhythmic sounds reminiscent of Matthew Herbert’s sound design. Abbot Of Burton sticks out at first for focusing on an acidic synth line, but before long the pads are back to provide the continuity, and they mesh well with the lead’s fizzy syncopation.

By the time Year Of The Living Dead comes to a close with the fun but uneventful Anchorites, it is clear Tejada was on a nostalgic trip to the land of the early 2000s, where digital music making was developing rapidly and producers were looking out over vast horizons. This adds an unexpected level of poignancy to a technically accomplished collection of tracks, very recommended for fans of those glory days.