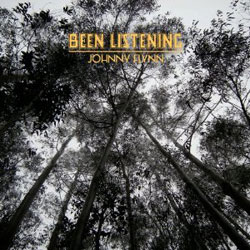 In 2008, Johnny Flynn‘s debut A Larum garnered wide-ranging critical praise. Like Laura Marling, Flynn’s voice seemed older than his tender years and his urban new-folk was streets ahead of the cynical happy-clappy folk pastiche purveyed by Noah And The Whale. Two years on, Flynn is back with his sophomore release, Been Listening.

Flynn seems keen from the outset to let us know exactly to what he has been listening as he adorns opening track Kentucky Pill with calypso style horns. Beneath the ornamentation the track is a disquieting ode to growing up, and the sacrifice of youthful exuberance for adult responsibility. By giving the song over to the rhythm and horns, Flynn almost successfully combines his old tropes with his new stylings, although the sound is of someone trying hard. Churlish May is less successful, with a west African inspired rhythm that sounds like a Casio keyboard marimba demo track rendered with live instruments.

Songs such as Lost And Found, which make less effort to convince us that Flynn is a man of the world with myriad new influences, work far more successfully, although the album lacks the raucous, breathlessly enjoyable songs that peppered the last album, such as The Box, Leftovers or Tickle Me Pink. Instead, Been Listening is a far more sombre affair. Barnacled Warship is a miserable triumph, with the Sussex Wit providing sublime instrumentation to Flynn’s morose musings on conflict: “Think I’ll fight a war, don’t know what for, but I’ll learn when I get my gun.” The droning, driving march is overlayed with some sterling fiddle work from the band. And Howl is a highlight of the album with Flynn not singing, but doing exactly as the title suggests to genuinely moving effect.

Several other tracks, including Been Listening and The Water (a lacklustre duet with Marling) limp along disappointingly. And Agnes, the most upbeat song on the album, sounds like a collision between a morris-dancing troupe and a mariachi band – although not as good as that sounds. The stand out track is Amazon Love, a slow-burning piano ballad lifted above the rest by an excellent female backing vocal, but notably it is one of the simplest tracks on the album, without the unnecessary frippery that mars much else.

Flynn in sombre mood is, at times, impressive, but the lack of the exuberance evident on his debut leads to a sense of medicated monochrome, and the incorporation of other influences sounds is a bit try-hard and non-committal. Been Listening is rewarding, but at times is a too much of a difficult second album.