by Ben Hogwood
published: 4 May 2018 in Album Reviews
Tweet 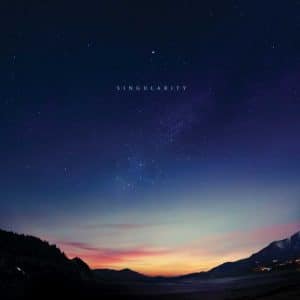 To those who say the album is dead, let the first piece of countering evidence for the defence be Jon Hopkins’ new long player Singularity, his first in five years.

In it he reminds us beyond doubt that the format is completely valid and can be shaped to even the shortest attention span. Today’s predilection for playlists and random shuffle is not wrong of course, but through the ebb and flow of this album Hopkins constructs an intense, immersive experience that transcends the distractions of modern technology.

A lofty claim, perhaps. But once you consider the evidence, the nature of Hopkins’ genius becomes clear. From the beginning this is music that sweeps the listener away, an aural massage that takes care of the hair standing on end at the top of the head to the pair of heels itching to start moving on the dance floor.

On occasion these beats appear to be stumbling in the dark, looking for a foothold, such is Hopkins’ unusual way of moving between the kick drum and the snare. When they land on solid ground there is a strong sense of exhilaration and a feeling of security, similar to that found when stepping off a boat onto dry land.

Above the beats, Hopkins makes music for the mind. Designed to be a psychological experience, Singularity begins with feelings of disquiet, insecurity and thinly veiled anger, all part of a reaction to the state of the world today. As the album progresses it slowly becomes clear that this approach is largely destructive, and by the album’s apex, the 12 minute composition Luminous Beings, all rage is spent and inner peace asserts itself with a calming strength.

Prior to this resolution the contours of Hopkins’ music take the form of a weather system, in which the emerging title track, growing inexorably from a single drone, reaches far across the sky. Emerald Rush and Everything Connected have the strongest and most destructive currents, the later soaring like an updated version of An Ending (Ascent), part of Brian Eno’s music for Apollo. Yet while that music had a timeless calm, Hopkins’ work here creates an unusual tension of calm head and restless feet.

By now the cumulative energy is carrying all before it through one of Hopkins’ distinctive rhythmic profiles. Feel First Life becomes the eye of the weather system, weightless piano and wordless choir setting an expansive and wondrous calm, before C O S M brings back slower rhythms, its throbbing bass countering the stellar treble lines.

As inner peace arrives, Hopkins’ aptitude for otherworldly piano meditations takes centre stage, with the weightless Echo Dissolve a moment of particular beauty before the transient closing pair. Luminous Beings may be lengthy, but it acts as a thoughtful and meaningful response to what has gone before, while Recovery ends the album on an upward, optimistic arc.

Be it on headphones in private or next to the speaker in a dark club, the music of Singularity makes a strong impact in spite of its largely ambient nature. It is, as its title implies, an all-consuming affair. Building on the innovations of previous album Immunity, it invests more emotionally and retains the primal physical stimulus behind Hopkins’ best music. He remains a wholly individual voice in a congested field, a single phrase played from his piano speaking volumes. And Singularity is his best album yet.