Jonny Greenwood – There Will Be Blood OST 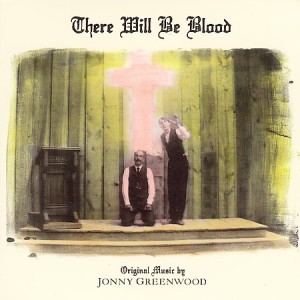 Five years on from his cinematic debut with Bodysong, Jonny Greenwood returns to the film soundtrack with this highly atmospheric and rather foreboding score.

The Radiohead guitarist now gets considerable attention for his work in contemporary classical music, with the BBC commission smear recorded by the London Sinfonietta in 2006. This was an exploration of his love for the unusual early electronic instrument the ondes martenot, which, to my ears at least, gets a bit part in this film score.

The film is not due for UK release until February next year, and Greenwood’s score whets the appetite. Nothing more so than the striking string motif that makes up Open Spaces, an evocative description of the Texas plains. As scene setting goes this is something pretty exceptional, the rising melody lingering in the memory even after the first listen.

By direct contrast the following Future Markets is restless with its busy riffing bringing the BBC Concert Orchestra strings up close and confrontational, the lines moving around like insects unable to settle. Clearly this won’t be a comfortable movie.

Strings are the primary tools of Greenwood’s trade for this soundtrack, and while at times there are hints of Xenakis and Bartók his style and scoring are distinctive and descriptive, with frequent snippets of melody and harmony that find concise development while succeeding in setting the scenes. The music is laced with thinly veiled paranoia and even hatred at times, pointing towards a rather dislikable central character in Daniel Day Lewis’s Daniel Plainview.

As a piece of music in its own right the group of pieces works handsomely. Greenwood’s compositional process can be admired in its economy and intensity of expression, and its rebuttal of the string motifs often recycled by Hollywood composers. There’s an urgency and tension throughout that makes it difficult to ignore, even in the fragmentary sections.

Some of the numbers are scored-down chamber music, and here the Emperor Quartet and pianist Michael Dussek come into their own. Greenwood, however, makes his biggest statements in the orchestral numbers. If, as is mooted, There Will Be Blood makes a bid to dominate next year’s Oscar ceremony, the judges would do well to consider this fine piece of film writing.