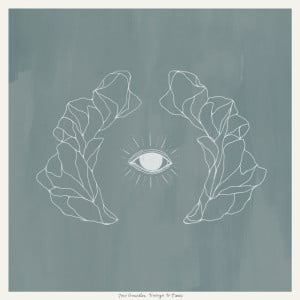 An eight-year gap between albums is a long time for any artist, let alone someone as successful as José González. The Swedish singer-songwriter reached the top 10 in the UK Album Chart with his debut, 2005’s Veneer, while his acoustic cover of The Knife’s Heartbeats featured on countless TV programmes and adverts. His 2007 follow-up, In Our Nature, was almost as well-received, making it into the top 20 in the UK chart.

Despite putting his solo career on hold, González has not exactly been twiddling his thumbs in the meantime. Instead, he recorded two studio albums with Swedish band Junip and contributed to the soundtrack for film The Secret Life of Walter Mitty. However, González has always been most effective when recording his own material and new album Vestiges & Claws sees him continue almost exactly where he left off.

The record is certainly closer in sound to In Our Nature than Veneer, where González relied largely on his trademark intricate playing of the acoustic guitar and his soothing vocals. While the simplicity of this approach on his debut made its mark on tracks such as the beautiful Crosses, it had its limitations and, as a result, he added a few more layers to his second album.

González continues to tweak his original formula on Vestiges & Claws, but does so in such a way that it still retains the uncomplicated honesty that is embedded in his music. Opener With The Ink Of A Ghost is a gentle welcome back, with his delicate plucking of the acoustic guitar doing most of the work, as he sings in his soft, comforting tone about accepting change in life through images in nature.

It is followed by Let It Carry You, which sees González up the pace with a repetitive clapping beat and additional strings, adding to the frenetic acoustic guitar. “And dissolve into the foam of things near, of things gone / to remind our restless souls of the beauty of being here at all,” he sings, with the positive lyricism complemented by the rushing instrumentation.

Leaf Off/The Cave is another that makes use of a clapping beat – although the additional percussion never takes the focus away from the guitar melody – while González once again focuses on the meaning of life, singing: “Yeah we flourish and die, what it means to be alive/ what it means to be alive.” His fondness for the clapped beat continues on Stories We Build, Stories We Tell, yet it is González’s enchanting guitar skills that really steal the show.

The same is true of Afterglow, which is one of the record’s standout tracks thanks to its sweet, melancholic melody, as González reflects on the finality of life: “All of this will be gone someday.” What Will is also a highlight, with the fingerpicked guitar providing the basis for his repeated questioning over the song’s six minute-plus runtime. Yet for every What Will there is an Every Age – a track so uninspiring that sounds like it was written by a pretentious uni student.

Ultimately, Vestiges & Claws is a solid return from González. In many ways, it is his most confident and personal record – with the covers that have previously featured on his last two LPs noticeably absent here – and he explores some interesting concepts over the 10 tracks. Whether it will get the attention of his previous work is another question, though, as without a distinctive cover, his comforting, low-key style can at times become repetitive and forgettable.