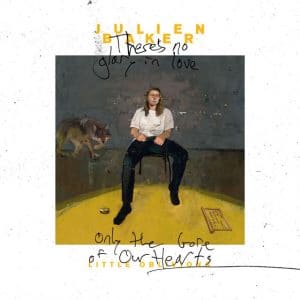 Little Oblivions is Julien Baker’s third studio album, and it’s far and away her most accessible and most universal to date. For one thing, there are drums, and for another, the songs are just so much more distinct. Interestingly, this also marks her third successive self-produced album, highlighting that the artistic developments and their successes are ultimately her own reward for the experimentation on display. She also plays every single instrument on the album – every fiery guitar solo, every thunderous drum pattern, every single thing.

Gone is the over-reliance on mood and ambiance, and in its place is raw, inviting rock music. The change is immediately apparent on opener Hardline – Baker’s yearning, crystalline voice hovering over a full band arrangement, all ringing bass and shoegaze atmospherics.

Heatwave is chiming, smoky alt-rock with a heartland/Americana core – something it shares with the cinematic thrills of Faith Healer (listen to Baker push her voice into an ecstatic wail right at the end of the song). On Ringside, an album highlight, the guitars are rich and plummy, whereas Repeat offers the loosest and thickest groove on any of Baker’s previous records. These are new feelings, new sounds that she explores, to wonderful effect.

The diversity is none more evident than on Crying Wolf, with its tasteful synthesizer rushes and even more tasteful guitar solo. It’s one of the tracks that’s most similar to her previous work, but it operates on a higher plane, with more heart and power. Song In E also offers simple, pure pleasures with its sparse arrangements and Baker’s aching vocals. Ziptie, which closes the album, is another highlight. It’s contemplative and measured in pace, and emotionally devastating in tone.

Little Oblivions is most evocative of a curious time in popular rock music (just over ten years ago) when the new wave of emo bands began experimenting with more mainstream rock textures, and small-scale indie pop groups began adding more authentic folk flavours to their sound. The tracks on this album sit comfortably alongside similar songs by Sharon Van Etten and Tegan and Sara, but also Feist, Rilo Kiley and Paramore (especially Brand New Eyes). This is sensitive, heartfelt and resolute rock music that shuffles its feet while looking at the stars.