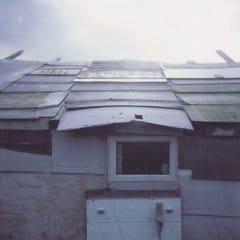 There’s no rule book that says that this music stuff we write about has to be precision cut for ultimate nowness.

But if you’re looking for that sudden pop thrill that gauges the current speed of the world’s churn, then best look elsewhere, because the brothers Hanscomb of Junkboy don’t appear to give a stuff about that kind of jazz.

Rather, Junkboy aim for stretching the moment. There’s little in the way of build, positive parsimony in the service of lift, and crescendo is a welcome as the Archbishop of Canterbury at a Bible reading.

Dunno what biscuits they were feeding the editorial meeting that day in paid-journalism world, but the tools of Junkboy’s trade sound plied and honed by experienced hands to these substantial ears. Sure, Three sounds as home-made as banana cake, but these boys are as close to amateur hour as Norman Foster is to Property Ladder.

But this is the house that Junkboy built. And while the nooks fit all the crannies, Three is a nice place to visit, but you might not necessarily wanna live here. Though the ‘junkboy family’ have helped flesh out the record, the surf wave of sigh that this music of sustain requires is often let down by a wandering and disparate production.

At times, like on opening track Volcano Momo, Richie Harwood’s drum kit is mixed way out in front, each player as distinct as the conk on your fizzog. And at others, such as Waiting For, the mix is centred, as if the boys had given all to the drift just when the music demanded distinction to clarify the delicate turn of the rhythm.

Kamo River, not a million miles away from Waiting For in ambition and feel, suffers too from an uncertain sound. Owen Gillham plays lovely unfolding banjo, and while force maybe besides the point, even effortless glide needs a little wind in its sails now and again.

Though not wrapped up in the moment, Junkboy have some pretty clear antecedents. As with all influences, some serve to suffocate, and others serve to open up the pores and let the music breathe.

Seconds’ fuzziness could be mistaken for an out take from Badly Drawn Boy‘s The Hour Of Bewilderbeast; Fidlam Benz has all the woody mist of a Witchseason production; There Is Light is a clear tip of the ‘titfer to acknowledged forefather Damon Pierce of Mice Parade, while Tonight’s close harmonies are an echo of New York long-hairs The Free Design.

Dem’s a lot of references, I’m sure you’ll agree. Junkboy are a spotter’s dream, and your enjoyment of their oeuvre just might depend on whether you find “record collection rock” a pleasure or a distraction.

Essentially, if you can picture a Brian Wilson dreamworld without all the freakiness and madness, then you can see where Junkboy are coming from. Sure, you’ll lose the dog-shit in sandpits and Mike Love, but you’ll also lose the risks and leaps of imagination. It’s just a matter of catching their drift.