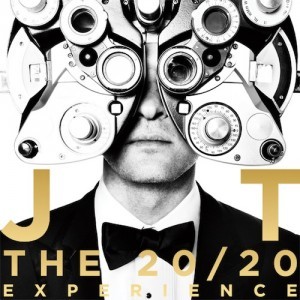 When Justin Timberlake announced he was releasing a second part to The 20/20 Experience (the name makes a bit more sense now), one couldn’t help but feel a little unsure to say the least.

As alluded to in the initial review for what is now 1 of 2, the fact Timberlake was determined to make a substantial pop work was to be highly applauded. Indeed, he arguably helped reinvigorate the pop album, especially with tracks such as the eight-minute Mirrors. Yet 1 of 2 did, for many, feel rather bloated. That’s especially understandable when eight of the 10 tracks were well over six minutes long. But JT’s vision helped justify it, carrying the tracks in the process.

2 of 2 is largely made up of out-takes that didn’t make 1 of 2. Opener Gimme What I Don’t Know (I Want) fuses typical hip-hop beats, brought to the fore once again by co-producer Timbaland, with Timberlake’s usual swaggering and alluring confidence. There’s nothing particularly striking about it, but it’s competent enough.

True Blood follows and initially grabs your attention, this time bringing a more electro feel, but at nine and a half minutes it labours. Recent single TKO, another long one at over seven minutes, also struggles, but at least following track and other single Take Back The Night wakes you up a bit, largely thanks to its unashamed disco leanings. Murder – Jay-Z guest stars here – is in a similar mould to 1 of 2’s Don’t Hold The Wall, but this is something of a slog, even if only at a comparatively short five minutes or so. This shouldn’t be the case, especially when pairing up JT with Jay-Z.

Timberlake does bring in the acoustic guitar for 2 of 2, which does at points sound relatively refreshing after taking in umpteen hip-hop beats. Drink You Away has a country feel to it as JT reaches for G&T to repair a broken heart (“I can’t drink you away… tell me baby, do they make a medicine for heartbreak?”).

But then there’s Not A Bad Thing, which isn’t too far off its namesake. At 11 minutes long it would put most people off anyway, but this is incredibly arduous: it lacks any sort of edginess or intrigue 1 of 2 has with its variation and experimentation. It’s simply 11 minutes of JT trying to woo some woman – it’s always the way – with him helpfully adding that “it isn’t a bad thing to fall in love… with me”. By the end, you wonder whether he’s saying it to himself. This is highly indulgent stuff.

That’s the problem with 2 of 2. It attempts to continue in the mould of 1 of 2, but the quality of the songs isn’t there. This is unsurprising, given many are outtakes, but in the process, Timberlake does quite a disservice to part one, diluting that and his artistic vision in the process.

Initially, Timberlake tried to distance himself from the current crop of pop music. He questioned why pop albums couldn’t be on a grand scale like albums by Led Zeppelin and Pink Floyd. He’s certainly showed that pop music can achieve an epic air. But with 2 of 2 he’s got too carried away.

He’s also contradicted himself. The release of The 20/20 Experience 1 of 2 felt like an event in some ways, the return of the best – and arguably most credible – male pop artist we have. This feels like an unnecessary and slightly cynical afterthought, much like a lot of pop music. It isn’t necessarily all bad in terms of quality. But it is utterly dispensable.