Justin Timberlake – Man Of The Woods 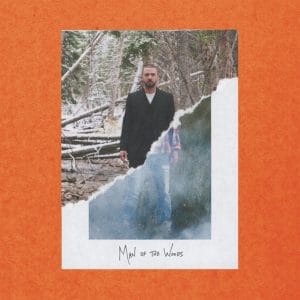 Has he, though? If the super slick half time Super Bowl show is anything to go by, then there is little to worry about. Few singers still in the game at his level have the strength of back catalogue he does. Yet there is a certain pressure that comes with that body of work, the expectation that here he should be trotting out another half a dozen bangers to add to the collection.

The half time ‘duet’ with Prince on a snippet of I Would Die 4 U was a timely reminder that there is a gap in the musical area Timberlake is trying to fill. Nobody could hope to step in to the Purple One’s shoes, but Justin is arguably best placed to move up in the wings, especially with such a tight, funky backing at his disposal. He goes some way towards that goal, but equal stress goes on a return to his roots. There are strong references to the singer’s Southern side, though unsurprisingly these stop well short of anything as drastic or image changing as bringing in the blues. That is undoubtedly a long way off.

Lyrically he doesn’t shy away from the challenge. If anything he’s too forward, and – whisper it – cringey. Filthy is a bold way to begin, literally laying everything out in the open, while Sauce is downright, er, saucy. “I like your pink… you like my purple,” he purrs, unwittingly (or not?) referencing his idol again, before a cast of thousands join him as backing singers. With this move any hope of intimacy is lost and the ‘solo’ aspirations are not quite so strong, for once again this is a one-person album with a guest list enough for several football teams. Supervised by The Neptunes, it includes contributions from Timbaland, Danja, J-Roc, Eric Hudson and Rob Knox – and that’s on production duties alone, before Alicia Keys and Chris Stapleton weigh in with vocals. It belongs fully in the spirit of today’s collaborative approach, much less group than ‘one plus many’.

With such safety in numbers it is less likely to fail, especially with The Neptunes most to the fore – and yet something is not fully right. Pharrell and Chad Hugo rarely fire a blank, and here they supervise more hits than misses, but on occasion Timberlake does disappear up a musical cul de sacs where you can’t see the wood for the trees. Supplies is a long winded example, where he describes himself as a “generous lover” – but he’s too giving musically here as well, with extra fills and licks that can distract from a song and its meaning.

When Man Of The Woods works, though, it’s exhilarating. Midnight Summer Jam is an absolutely irresistible party song, bouncing its way straight onto the dancefloor. When Timberlake is in full flow vocally he is infectiously bright, soulful and all about the good times. The title track is catchy, Sauce just about wins the day with its cheekiness, and even the earnest Say Something sticks in the head. The title track strips everything back to the vocals, a big gospel-type backdrop putting the new Justin in the spotlight, leather jacket, boots and all. Livin’ Off The Land goes even further, painting a modern-day, Revenant-type figure.

Ultimately the album is three or four songs too long, but Man Of The Woods is rarely less than entertaining. Too slick to be a genuine man of ‘rough’, Timberlake nevertheless continues to lead the way in his field, even if he does so without consistently reaching the greatness he so clearly strives for.