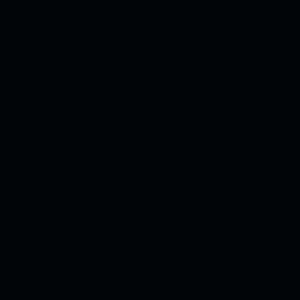 Much ink has been spilled and much server space has been filled regarding Kanye West’s 2010 album My Beautiful Dark Twisted Fantasy, commonly seen as one of the 21st century’s best rap albums, but one insight feels particularly relevant. Pusha T, who was in the studio for its creation, remarked “We could easily be working on one song, thinking we’re in a mode, and he’ll hear a sound… and immediately turn his whole attention to that sound and go through his mental Rolodex to where that sound belongs on his album”. More than anything it is this mental Rolodex – tact as to what helps or hinders a song – that has been Kanye’s undoing over these past few years, as consecutive albums sound half-finished and slapdash in nature.

So how does it hold up on Donda, his long-awaited, 110-minute-long album? The record undeniably has filler: some tracks go nowhere, some feel rushed, and some are ruined with baffling decisions (was it the mental Rolodex that added the ‘globgobgabgalab’ meme to Remote Control?). But within this record there is also some of Kanye’s best material since Yeezus. Listen to his animated flow on Junya, bouncing off Playboi Carti in an inspired collaboration, or his powerful storytelling on Jesus Lord (“‘you took my brother life, you made my mother cry / tell me one reason I shouldn’t send you up to Christ’ / he said ‘go ahead, take my life, I’ve seen everything but Christ’”) and you hear an artist reinvigorated, re-energised.

Kanye is just as dedicated to Christianity as on 2019’s Jesus Is King, but unlike that release his spiritual references feel natural, even on the drill-esque Off The Grid (“Some say A-A-Adam could never be bla-a-ack / ’cause a black man’ll never share his rib rib rib”). Particularly successful is the humorous angle of New Again, with Kanye and Chris Brown (more on that later) pre-repenting for sins of the future over a glitzy, Graduation-style beat. What previously felt like just another publicity stunt now fits in to his aesthetic as naturally as auto-tuned singing or soul samples.

Speaking of publicity, Donda’s list of contributors contains an assortment of controversial figures, whether their transgressions are alleged or confirmed, including Marilyn Manson (abuse), DaBaby (homophobia) and of course the aforementioned Chris Brown (assault). This seems to be a deliberate strategy to get people talking, Kanye himself being no stranger to controversial words and acts, which comes with mixed musical results. Manson adds some much-appreciated grit to the hook of Jail Pt 2, while DaBaby (like Jay-Z) tries his best only to find that Jail’s instrumental is too minimal for rapping, and thus the verse on both parts sounds stilted. This commitment to divisive characters continues with Larry Hoover’s son making an impassioned plea for his father’s release on Jesus Lord, although Kanye’s subsequent line about “all the guys that went to the White House and said ‘free the old man’” feels oddly irreverent in this context.

Donda’s biggest crime is its length, as one could easily staple together a quality album from roughly half of the material. On songs like Come To Life a minimal approach really pays off, with anthemic lyrics and the arrangement resembling a demo for a pop song, but God Breathed and Heaven And Hell both suffer from a lack of ideas, as if the release date arrived and the songs were all rushed out whatever state they were in. Make no mistake however: there are highlights well worth the price of entry, Believe What I Say, Ok Ok Pt 2 and Praise God among them. Though this isn’t a complete comeback, frustrated Kanye fans certainly have more grounds for optimism after this record than they did before it.