Kanye West – The Life Of Pablo 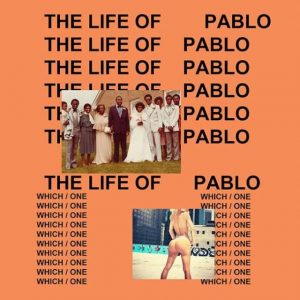 There’s only one Kanye West. Love him or hate him, the man is out there on his own when it comes to his creative output. Whether it’s through his music, his fashion range or his controversial outbursts, Mr West constantly challenges himself and anyone else willing to listen. And it’s safe to say he is back at it again with The Life Of Pablo, which is his most ambitious and eclectic album to date.

Before delving into the fruits of his labour, though, it’s important to consider the chaotic and protracted evolution of his seventh LP. First, there was the name. Originally titled So Help Me God, he then changed it to Swish and Waves before finally settling on The Life Of Pablo. The album artwork received similar treatment, while the tracklisting was tinkered with right up until the very last minute – and even after it was released through Tidal.

Unsurprisingly, this relentless shape-shifting has had an impact on the finished record, which sees Kanye pull out all the stops during its marathon 66-minute runtime. Yet while The Life Of Pablo is certainly less focused than the groundbreaking 808s & Heartbreak or the sprawling masterpiece of My Beautiful Dark Twisted Fantasy, Kanye’s latest effort is nonetheless remarkable in the sheer scale of its ambition.

He goes big early with opener Ultralight Beam, which fits his own assertion that The Life Of Pablo is a gospel album – although that’s only half the story. There’s a church choir (“This is a God dream”), sparse organ and a sporadic stuttered beat as Kanye raps about wrestling with faith and the world’s ills. It’s personal, soulful and euphoric in equal measure, and just about justifies his decision to premier the album at Madison Square Garden on its own.

Father Stretch My Hands Pt 1 & 2 is more representative of the album as whole, playing around with Kanye’s large bag of tricks as he moves from sample to sample and re-introduces his autotuned vocal, as well as multiple guest appearances. It’s disjointed and messy – some have even accused it of sounding incomplete – but it also contains some of his most introspective lyrics (“Momma pass in Hollywood / If you ask, lost my soul”).

Elsewhere, Feedback samples Mica Levi’s Under The Skin soundtrack to create a brash throwback to Kanye’s last album, 2013’s Yeezus, while Freestyle 4 also sounds like an offcut from The Life Of Pablo’s predecessor thanks to the sharp siren that forms the backbone of the track. Then there’s the magnificently knowing and self-referential I Love Kanye, where he recites many of the criticisms that other have of him.

“I hate the new Kanye, the bad mood Kanye,” he raps. It’s an interesting addition to the record, especially considering The Life Of Pablo includes several nods to his earlier work. Famous, which features THAT Taylor Swift lyric plus guest vocals from Rihanna, is purposely reminiscent of his Late Registration days, while Highlights would make a perfectly fine addition to My Beautiful Dark Twisted Fantasy.

However, it’s the second half of the record where The Life Of Pablo starts sound to like more than just a collection of ideas. The stripped-back FML is a chillingly dark entry (“You ain’t seen nothing crazier than this nigga when he off his Lexapro”), Real Friends is old school Kanye, addressing trust issues with refreshing honesty, and 30 Hours uses a low key art-funk groove from Arthur Russell to marvellous effect to discuss a failed relationship.

This mature version of Kanye is further realised on album highlight Wolves – where he examines the guilt he feels as a son before comparing himself and wife Kim to Mary and Joseph – although it’s run close for the title of best track by No More Parties In LA. Fade is another standout, largely due to his masterful production skills as he seamlessly weaves together four different samples, before closer Saint Pablo finishes the record on a high.

The best way to sum up The Life Of Pablo, then, is flawed brilliance. Not everything he attempts comes off, with late addition Waves – included at the insistence of Chance The Rapper – out of place here. There is also the hit-and-miss nature of his lyrics, but Kanye has never been the greatest in that respect anyway. More importantly, though, his seventh effort is another striking reminder of the multifaceted talent that lies beneath the bravado.