by John Murphy
published: 16 May 2011 in Album Reviews
Tweet 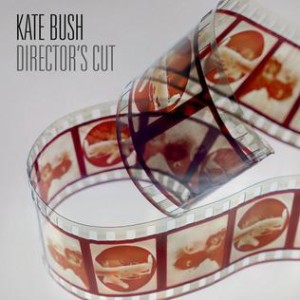 When an artist has built up as much mystique and prestige as Kate Bush, rumours of a new album is always going to cause ripples of excitement amongst the faithful. In Bush’s case, this is the case even when the said album turns out to be 11 revisions of old songs – a project that, in most people’s cases, would be seen as a stopgap.

So, while it’s a bit of a surprise to discover that Bush’s follow-up to 2005’s Aerial is a collection of old songs re-recorded or re-mastered, it also makes perfect sense, in a weird way. For Bush has always been the ultimate perfectionist: re-recording Wuthering Heights for a Greatest Hits compilation when there was seemingly nothing wrong with the original, and having an average gap of five years or so between albums.

Director’s Cut consists of 11 tracks originally on her underrated albums The Red Shoes and The Sensual World. Three songs have been completely re-recorded from scratch, while the remainder have been painstakingly remixed, even going as far to convert them from their original digital recording into a new analogue mix, and they’ve had fresh vocals recorded for them.

As ever with these type of projects, the results are a mixed bag. Some songs work beautifully and are improved upon, others have no discernable difference bestowed on them while a few tracks have been, if not ruined, then certainly slightly devalued.

The Sensual World’s title track has a new name, Flower Of The Mountain, and new lyrics from a passage of Ulysses by James Joyce. The Joyce estate have rescinded their original decision to deny Bush permission to use Joyce’s words, so now we can hear the song as Bush originally intended. The song itself is as slinky and seductive as ever, and melodically there’s not a huge amount of difference between the two versions.

Moments Of Pleasure is one of the re-recorded tracks, and sounds magnificent – slightly slowed down, it remains a hugely affecting song, acting as an elegy for deceased friends and family. The soft hum of a choir only adds to the overall sense of poignancy. At the other extreme, the manic Bush howl returns on the excellent Lily and the title track of The Red Shoes.

In fact, Bush’s vocals are the major selling point here. Her voice has matured and sounds richer, deeper and generally more affecting. Whether that’s down to experience or the work on the production desk is anyone’s guess, but it’s nice to hear these songs sung from a different, older perspective.

It’s just a shame then that the rearrangements of some tracks don’t work at all. Deeper Understanding’s chorus now has an Auto-Tuned contribution from Kate’s son Bertie which just sounds, frankly, silly and needless. The lyrics, about lonely people finding solace in their computers (written in 1989 remember, long before such things as social networks had even been thought of) remain as frighteningly prophetic as ever, but the contribution of Trio Bulgarka is sadly sidelined.

There’s also the strange decision to re-record Rubberband Girl as a Rolling Stones-like bar-room stomper (with the guitar riff being lifted almost completely lifted from Street Fighting Man), and the near disasterous reworking of the beautiful This Woman’s Work. Where the original was stark, gorgeous and heartbreaking, this new version is awash with ambient sounds and goes on for far too long. To quote an old adage, if it ain’t broke, then don’t even try to fix it.

It’s a curious album, all in all, but worth exploring if you’re a hardcore Kate Bush fan. If you err more on the casual side, then it may be best to wait for her next ‘proper’ album. Although when that will be, who can say…