Kate Tempest – Everybody Down

by Laurence Day
published: 16 May 2014 in Album Reviews
Tweet 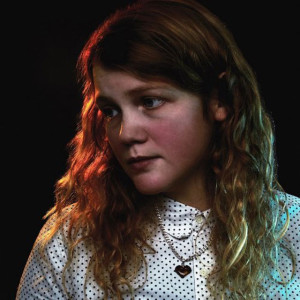 Frankly, it’s strange that more poets – specifically performance poets – don’t make the jump from spoken word recitals to full-blown rap. The rhythm’s there, as an inherent core element of the art, and the calculated-like-a-serial-killer lexicographical selections point them at a the Wu-Tang-ier end of this chart. Renowned in poetic circles already (winner of last year’s Ted Hughes Award), Brockley’s Kate Tempest – former “wayward youth” and BRIT School alum – is launching into the realms of hip-hop with her debut record, Everybody Down.

Inspired by the aforementioned Wu-Tang Clan, alongside more prosaic artistes, and pummelling support slots with frequent comparison Scroobius Pip, Tempest has cut her teeth on a particularly confrontational brand of rap. This likely comes from the fact she’s got a helluva lot to say – not a word is wasted by Tempest – which may or may not stem from her picket line activist past, where she’s demonstrated polarising views on the Iraq War, most notably. There’s an anger in Tempest – one might say she was… Tempestuous – but not a violent blood-red rage. It’s a galvanising, bitter, soap-box frustration – the kind of silver-tongued, golden-gulletted oratorsmanship that incites riots and manipulates masses. It’ll make you shudder to think how pervasively persuasive Tempest could be in different circumstances, and how it’s pretty darn lucky she uses her powers for good.

Everybody down, according to label Big Dada’s website, “features 12 chapters telling one long, inspired story.” That’s pretty easy to believe, and the tracks follow an array of characters indulging in nefarious excesses (drugs, prostitution, petty crime) and getting themselves into spots of bother with each other or the law. It’s a theme that clearly interests Tempest, and her poetry is known for candid discussions on class, society and poverty. There’s a Trainspotting vibe to Everybody Down, sans Scottish dialect and heroin, that tackles youth, drugs and struggling to make something of yourself while trapped in a vortex devoid of hope and compassion. Or perhaps it’s about something else entirely; that’s part of Tempest’s lyrical beauty – although there’s an overarching narrative, everyone can peel back a different subtext that might be apt to themselves.

Produced by Dan Carey (Bat For Lashes), there is a distinct timbre that plays into that class-cum-drugs-cum-poverty theme. It’s super strung out grimey techno, part caffeine-addled wasp swarm, part last-legs bulldozer. The percussion is frantic, chopped up and metallic. There’s a classic hip-hop boom-bap lurking underneath the hi-hat thicket; the extra percussive fuzz drags it further from classic rap, and more towards London’s D’N’B or similar aggressive dance. The synths on Everybody Down bulge and bubble, occasionally verging into drone (Chicken), or funk (The Beigeness), or Orbital-esque chaos (Happy End). On the whole though, they’re bloodshot electronics with a penchant for abrasiveness, which fits the lyrical themes pretty snugly.

The majorest pitfall of Everybody Down lies in one area, though it’s probably more subjective than a universally agreed upon foible. There are two recurring characters called Harry and Ron. Now, the obvious links to the iconic children’s series are more than likely deliberate, but that doesn’t stop it being jarring to the point that occasionally it sounds like a hip-hop take on Wizard Rock; moreover Ron Weasley and Harry freaking Potter shouldn’t be snorting coke off toilet seats. It is perversely funny, but it does break the flow of the album somewhat.

Everybody Down isn’t going to be everyone’s cup of tea, not by a long shot. It is aggressive, occasionally sounding like a Jamie T who’s done slightly too much crack, and it’s definitely something that you have to actively listen to. It demands your focus, which can make an uncompromising uncomfortable-ness waft in, and it’s not really a record you can casually whack on. You need to be in the right mindset, or open to being in that mindset for Everybody Down, or else you’ll probably be hankering for the ‘off’ button pretty swiftly. It’s not a bad album though, just a divisive one. Tempest’s lyrical dexterity and writing skills are phenomenal, no matter which way you look, and though some will be put off by the exposé offered here, others will be enamoured.

So, in summary, if you’re after a hip-hop version of Trainspotting with Harry Potter as the protagonist, cheese-grater rough production and jokes about diarrhoea, look no further.