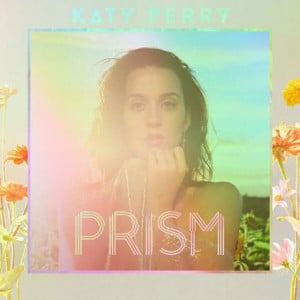 From Michael Jackson floating a statue of himself down the Thames to Rihanna’s chartering of a Boeing 747, ostentatious largesse is nothing new in pop promotion. The grand gestures involved always seem particularly apt: no-one was surprised that Jackson had a gargantuan ego or that Rihanna was at the centre of a chaotic, hedonistic  hurricane.

So it was when a gold-coloured freight truck teased the release of Prism, Katy Perry’s third major-label album, earlier this year.  Perry is as much a corporation as any of the multinationals which use these trucks as a matter of course, being the foundation of an empire which has already incorporated perfumes, Halloween costumes, a documentary and innumerable product endorsements.

Such is the way with modern pop – as record sales have declined the net has spread further and wider in efforts to maintain the profit margin. The recent Billboard cover story promoting Prism featured much talk of grosses and chart positions, while the CEO of her label spoke of the company’s ‘global plan’ before adding, almost as an afterthought, that Perry had produced a “fantastic record”. There is, to put it mildly, a lot riding on Prism – it’s not easy to make money if the fundamental product is sub-par, after all.

Such expectations aren’t surprising, of course: Perry’s elevation to the pop A-list came on the back of the staggering success of Teenage Dream which, in its two incarnations, spawned eight multi-million selling singles and matched Michael Jackson’s record for most Number 1 singles from an album. The record was largely brilliant, Technicolor pop which fits perfectly with Perry’s warm, earthy charisma. In an era of meat dresses and faux sincerity it felt direct and real.

It was heartening, then, that Perry previewed Prism by declaring that she had no interest in manufacturing a Teenage Dream 2.0 but rather would reflect the upheavals which had taken place in her personal life (most notably her divorce from Russell Brand) with a ‘darker’ record. Advance word even drew exciting comparisons with Madonna’s Like A Prayer, an album which found its genesis in another celebrity divorce, and remains one of the greatest pop albums of all time.

Yet if pop is driven largely by business concerns, Perry is like a major financial institution: too big to fail. As such, Prism is about as far from a dark, personal record as could be imagined and instead feels precision-tooled to continue the blockbuster success of Teenage Dream. The all-star line-up of producers is largely carried over from that album, with Dr Luke and Max Martin dominating, while each song typically features a committee of writers. Indeed, if Perry was sincere in seeking to avoid a re-tread of Teenage Dream, she failed spectacularly. While the catchy soft-rock leanings of Roar present a simulacrum of progression, much of the rest of Prism consciously apes the successes of its predecessor.

Firework is perhaps the main source of inspiration with most of Prism’s much-vaunted ‘spirituality’ consisting rather of variations on that song’s Hallmark self-empowerment. Its ‘verse building to an explosive sky-scraping chorus’ structure is also predictably repeated – this aural glucose is irresistible in the power ballad Unconditionally, while on This Moment the trick is underpinned by a bass-led rock/disco hybrid reminiscent of Queen. Continuing the blueprint, the sleek, moody Dark Horse is undeniably catchy but is a blatant attempt to be Prism’s E.T., even featuring rapper Juicy J where the former’s single version had Kanye West. The ’80s pop of Last Friday Night (T.G.I.F.) provides the template for uninspired filler track International Smile; it is more successfully updated to the amiable early-’90s dance of Birthday, a song we’re going to be hearing a lot of in the future.

The album utilises this ’90s inspiration several times, most obviously in the Brothers In Rhythm-esque Walking On Air which is entertaining enough but not quite the dance anthem it thinks it is. Bonus track Spiritual (a John Meyer co-write) is far more appealing, blending gospel with the kind of chill-pop which Madonna flirted with on I’ll Remember. As with Roar, however, this feels like little more than a superficial effort at ‘progression’ – certainly the ‘Eastern’ influences promised on Legendary Lovers are self-conscious adornments (the lyrics make mention of a ‘third eye’, ‘karma’, an ‘aura’ and ‘scripture’) bolted onto a standard Dr Luke/Max Martin song. The ’80s electro-pop of This Is How We Do, meanwhile, aims for a louche and cheeky vibe but is so clearly calculated to every second that it instead feels cynical. This proves to be Prism’s main downfall: where Teenage Dream felt like a natural and considerable progression, here the emphasis seems to be on presenting the appearance of development. Its focus is on serving the brand of Katy Perry rather than the artist.

When we do get glimpses of the promised ‘darkness’, as on Ghost’s (naggingly catchy) direct addressing of Brand’s purported text message requesting a divorce or the vulnerable and stark By The Grace of God, the results are truly engaging; the fact that the latter is the album highlight and is the only song written by less than three people points at what Katy should do next. There are a gaggle of songs which purportedly tackle Perry’s newfound love for John Meyer but they are pretty generic fare – the Sia co-write Double Rainbow is the best of the bunch, cloning the DNA of Keane’s Somewhere Only We Know to invoke a pleasant melancholy.

Given Katy Perry’s status, it’s to be expected that everyone involved, including writers such as Emeli Sandé and Klas Åhlund, would be at the top of their game: Prism was never going to be a terrible record. It’s unquestionably superior to the pop created when someone like Jessie J works with the same people. Still, it’s undeniably a disappointment.

There is no doubt that Prism will do exactly what it’s been created to do (sell millions, provide the backdrop for a lucrative tour and make a lot of money for a lot of people) but it’s safe and cold where it should have been daring and involving. Perry has suggested that her next record will be an acoustic affair inspired by Joni Mitchell – her advance word on Prism suggests we shouldn’t take her too seriously. But such a move is exactly what’s needed to transform her from an entertaining superstar into the pop artist that she definitely could be. There’s still time.