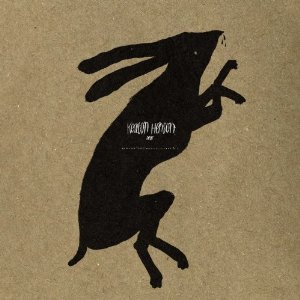 Popular music is littered with accounts of mental anguish fuelling an artists most revered work. If anything, the myriad accounts of inner turmoil committed to tape suggests the vast majority of songwriters are raving, self-obsessed lunatics, immersed in introspection and casual bouts of self-destruction – a not-unreasonable notion.

Of course, there can be an insincerity at work here as a certain malaise can be adapted to create tension between the artist and their surroundings. A trite summary perhaps but 23-year-old Londoner Keaton Henson certainly seems to tick the tortured artist boxes. The son of Shakespearian actor Nicky Henson, Keaton Henson is an uncompromising artist but not in the railing-against-capitalism sense; he refuses to play live gigs after an apparently disastrous bout of stage fright at a concert last year.

But stage fright didn’t stop Andy Partridge nor Green Gartside from achieving mainstream success, and all signs suggest Keaton Henson may be on a similar path to mass acceptance while shrouded in a cloak of mystery. The press release to this album relates how his music “was never originally intended to be heard by anyone”. Yet Zane Lowe soon picked up on You Don’t Know How Lucky You Are and now we have the full-length debut Dear…, 10 delicate ruminations on heartbreak, anxiety and self-imposed isolation.

If anything, Henson’s struggles with performance and his outsider image make him a marketing dream. Add to this the sparse arrangements and his warbling, tremulous vocal which veers between a shrill cry for help and, erm, a shrill cry for help, and you have the crux of Dear…. And this works very well on songs like Sarah Minor, about a girl whose arms “carries scars, your hair isn’t clean much and your lungs are black with tar” where Henson’s delivery sounds wounded yet sincere and the song disappears in a haze of beautiful chimes and gentle keyboard layerings. Nests sees Henson add some colour to his arrangements with banjo and handclaps while Oliver Dalston Browning offers a character portrait which straight out of Sufjan Stevens’ songbook.

But the overall vibe of Dear… is a strangely baroque take on loss and self pity. On Small Hands, Henson reveals that he is “cold and self involved…I’ll write my loneliness in poems if I could just think how to start”. Which is certainly no lie. Henson often writes too many lyrics to fit his meter, meaning words can be somewhat squashed together – a trick which works wonderfully for a master craftsman such as James Yorkston, but in Henson’s frail delivery, it sounds merely anxious.

With Henson, the clues seem to lie within the mystery surrounding his existence. Certainly, the Dear… album doesn’t give much away other than relating his trials as a heartbroken troubadour, and his songs are intricate enough to suggest Henson has undoubted talent. In fact, the album works best considered as a curio – the presence of Henson’s absence is everywhere here, not just through his stage fright but also his presence as a personality beyond the lovelorn which is never communicated to us – and it’s within the unknowing that the key to his charms lie. With that in mind, Henson’s on the right track, an unlikely figure squaring up to Bon Iver in the pantheon of melancholic meditation.