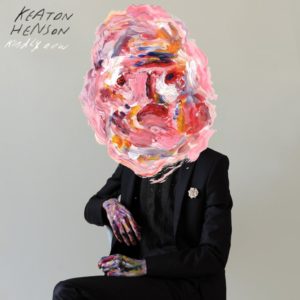 There’s a line early on in his fourth album which could be summed up as the quintessential Keation Henson lyric: “Don’t make me go outside. God knows what out there lies.” For Henson’s music, ever since he first appeared in 2010 with his debut album Dear… has been defined by his anxiety. He rarely tours or gives interviews, instead preferring to perform occasionally in venues such as churches or museums.

So there’s a certain intensity to a Keaton Henson album – in fact, at times you feel like you’re almost intruding on someone’s own personal grief, so openly does Henson wear his heart on his sleeve. It’s that quality though that makes him such a compelling listen: there’ll probably not be a more affecting song this year than The Pugilist, an outstandingly beautiful piece of work in which Henson muses over the legacy he wants to leave as an artist and mutters lines like “I’m a self-centered writer loving myself to sin…stay away from me” before repeating “don’t forget me” over and over again.

Although Kindly Now mostly continues Henson’s tradition of heartbreaking, string-soaked pieces for piano and vocal, there are also some interesting production techniques being employed. Opening track March cuts and pastes some vocal samples of Heaton’s own voice to create an arresting start to the album, while Holy Lover plays around with multi-tracking to create a choir of Henson’s begging “I think I love you, baby please don’t be afraid of me”.

Most importantly though, the songs gathered on Kindly Now are some of Henson’s strongest to date. There’s always been the odd heart-stopping moment previously – Sweetheart, What Have You Done To Us on Birthdays or his debut’s breakthrough track You Don’t Know How Lucky You Are – but Kindly Now is positively bursting with them.

As well as the aforementioned Pugilist, there’s the disarmingly self-deprecating Alright (which includes the knowing line “my wounds are open to see, But don’t take them seriously, I’ll be fine”) and the smartly written Old Lovers In Dressing Rooms which perfectly describes the awkward, bittersweet experience of bumping into an old flame. It’s all enhanced by Henson’s tremulous croon, a voice that sounds like it’s on the verge of falling apart and one that’s gathering all its strength just to try to finish the song.

Although it’s the more minimal arrangements that stand out – the fragile No Witnesses and the closing How Could Have I Known are just two of the most startlingly emotional songs gathered here – Comfortable Love, with its huge crashing chords, proves that Henson can do ‘epic’ with the best of them. The influence of his quasi-classical album Romantic Works is also writ large throughout, especially on the stately instrumentals NW Overture and Gabe.

Some people may find the intensity a bit too much, and it’s fair to say that this is an album that you can only listen to if you’re in a particular mood. Yet the beauty to be found in Henson’s bleakness is undeniable, and in Kindly Now he’s created what could well stand as one of the best albums of 2016.