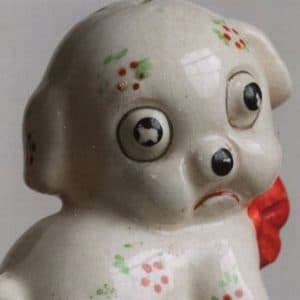 His return to singer-songwriting, Monument, was born out of the earth-shattering ordeal of losing his father to a decade-long illness – and the result is one of the most devastatingly beautiful listening experiences you’ll have this year.

Henson admits that the compositions on Monument weren’t necessarily for anyone else to hear in the beginning. But after being joined “somewhat unexpectedly” by the formidable Leo Abrahams on guitar, Radiohead‘s Philip Selway on drums and Charlotte Harding on saxophone, the record took on a new identity.

Anyone who’s remotely familiar with Henson’s music knows his voice is one that stays with you. Haunting and tremulous, it perfectly encapsulates the raw vulnerability that comes with grief. Album centrepiece Prayer – a song in two parts – is Henson’s personal goodbye to his father, and with his elegiac vocals and a soaring string section, it’s a powerfully emotional gut-punch.

On an album that’s largely mournful and understated, the cathartic While I Can is about as buoyant as it gets, with a surprising stadium rock-tinged chorus and lyrics centred around the acceptance of time. In contrast, the desolate Grand Old Reason is Henson at his most fragile – the words so delicately sung that they barely leave his lips.

The sounds of tape and VHS recordings run subtly throughout Monument, harking back to Henson’s childhood and reminding us of the intensely personal nature of this work. Indeed, hearing his late father say lovingly “Keaton, wave to Daddy” in the final moments of Prayer is so achingly intimate that it almost feels intrusive.

Given all the pain that went into its creation, Monument is a record that you’d wish didn’t need to exist. But its staggering, sobering beauty will linger in your mind long after its 55-minute running time elapses.