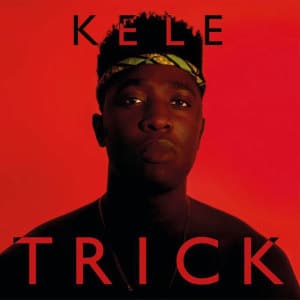 Bloc Party’s Kele Okereke threw something of a curveball upon the release of his widely acclaimed debut solo album The Boxer in 2010. Gone were the frenetic, angular guitars synonymous with his band, replaced by house beats, a dollop of R&B and a whole lot of dance; completely unrecognisable from the reluctant front man’s previous work with his London band-mates, that’s for sure.

Recorded in New York and London, Trick takes his ideas to a further level of dance. In fact he has gone on record as declaring that the new collection isn’t club music at all; this is despite him having been heavily influenced by his worldwide DJing stints where crowd observation also gave him a bucket load of lyrical inspiration. Two years in the making in-between touring demands, the DJing was largely undertaken in the small hours when people tend to let down their guard and inhibitions, according to the man himself. This freedom witnessed within clubbers has led to an album full of coming together, of falling apart, of wanting more from a partner as he revealed; “it’s a record for lovers”, he summarises.

But it isn’t really club music, he emphasises, but more so music to stick on when you’ve been out clubbing until dawn – music to continue the buzz. And it’s a more cohesive collection as a result, electronic music with a direction whereas The Boxer bordered on the experimental at times, a purposely stark contrast to Bloc Party’s last effort Four from 2011 where the (at the time) quartet produced their most abrasive album yet.

A couple of singles have appeared as tasters for Trick. Doubt was the first glimpse, a catchy, broken house beat mixed with techno electronica, where minimal musical accompaniment to skeletal verses lead to a dance-infused chorus. This was followed soon after by Coasting, where atmospheric beginnings lead to a skittering beat and falsetto vocals for more simplistic verses before an uplifting chorus that recalls dubstep pioneer Burial, who just so happens to have remixed previous Bloc Party tracks, of course.

But the strength of the album lies in seductive, occasionally sleazy undertones. Sultry opener First Impressions introduces the love thread that runs through the collection, a potential love match materialising as a couple explore their initial feelings for one another; it’s a deliciously haunting effort that conjures up visions of those thrilling first encounters as male/female vocals blend together, testing and probing one another. My Hotel Room follows a similar path of passion, a soft atmospheric beat marrying with a thrilling vocal performance as Kele puts his entire range through its paces. Closer is another highlight, the female sung chorus an emotional charged plea for passion, “I need you closer, I need you back here in my life”. Elsewhere, Silver & Gold blends carefully textured synth chords with more excellent vocals and a strange, strangled duck-like electronic effect.

Kele rattles off a list of prominent DJs and dance labels when prompted for his electronic influences but on this evidence he’s become a prominent figure of his own in the genre, one that’s possibly hard to imagine for those only familiar with his electrifying Bloc Party persona. Whilst firing the odd mis-hit such as Likewise, which sounds like a weaker reboot of Beloved’s It’s Alright Now, Trick is an interesting, compelling listen and one that pushes Kele’s burgeoning reputation further.