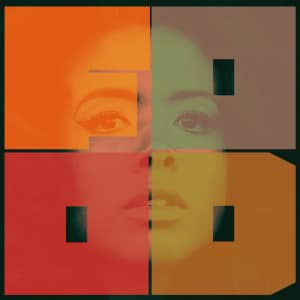 Food is awesome. Poutine, macaroni and cheese, crab sandwiches with provolone cheese drizzled on top – does it even need to be said, or can we all agree that food is just fantastic? American electronic R&B/soul artist Kelis’ ode to the great pastime of consumption may seem gimmicky upon first glance, but take no mind, Food is a powerful release with a heart, soul and mind that rival any neo-soul release of the past decade.

The concept of food takes on so many meanings – sure, there are the topical flavors of cobbler, fish, and biscuits ‘n’ gravy, to name straight off the track listing – but the theme of Food would better be described through “consumption”. Humans are consuming creatures. We consume resources, space, air, and other people in their lives. Whether this is for good or bad is not in the scope of this review (there are several hundred doctoral dissertations that better attack that subject). Rather than be unneedingly political or existential, Kelis focuses on how humans consume the world around them through memories, experiences and lifestyles.

Kelis’ vocal delivery is flawless. Her smokey, soulful style is comparable to the neo-soul work of Erykah Badu and the late Aaliyah. Her voice is frequently double-tracked, and the backings to her voice elicit comparisons to The Supremes that are well-deserved. Most tracks are sung in a low, sultry alto (see Floyd for a particularly striking example), but Kelis occasionally belts in a breathtaking soprano, as on Cobbler. She demands full attention from the listener; never has the phrase “I need ice cold water” entranced like it does on Friday Fish Fry.

The arrangements have a strong R&B flavor that greatly contributes to the energetic and immediately danceable production by Dave Sitek. This is brass that would be heard on the rooftops of a Midtown New York City jazz club. Trumpets buffer Kelis’ melancholy croon as she reminisces on a former flame on the tracks Floyd and Runner. Funky bass lines and guitar licks enhance jazz breakdowns, and the percussion has the classic Ninja Tune backbeat style. There’s room for more subtle feelings as well, as evidenced with the piano lead on Biscuits ‘n’ Gravy.

Food has a heart. A recording of laughter and conversations opens Cobbler, as if the listener opened the door to a weekend family get-together where a special piece of the eponymous dessert was saved just for you. Most of Kelis’ lyrics focus on personal stories, as in Jerk Ribs: “When I was a girl my daddy was the world / He played the notes and keys / He said to put the melody in everything.” Several songs focus on love interests, as in the cover of Labi Siffre’s Bless the Telephone: “It’s nice to hear your voice again / I’ve waited all day long / Even wrote a song for you / It’s strange the way you make me feel / With just a word or two / I’d like to do the same for you.”

These moments of heartwarming intimacy open the world much in the way that the smell of breakfast can evoke the memories and happiness of early weekend mornings when grandma and grandpa would cook eggs for the family. Not all songs are in the past; in fact, a huge point of Kelis’ lyrics is that one should focus on the life currently lived. Memories are there and they’re beautiful, but the glorious now is the “real thing” that one should “make… into breakfast” for a well-done life. The final track brings this temporal focus all together as Kelis ruminates on dreams being the sum of a person’s experiences, aspirations, and current lifestyles.

Food is awesome, that’s for sure, so eat up! Enjoy things, roll around in the grass, and “forever be”. A healthy life is fed by memories and experiences. As Kelis herself says, “welcome to the world,” the world of Food. And yet surely nothing tastes as delicious as this music feels.