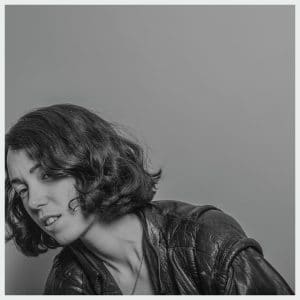 At 18 years of age, Kelly Lee Owens moved from her native Wales to Manchester in order to train to as nurse in a cancer ward. It’s a detail that often crops up in interviews, perhaps because it has possibly directly affected her music and outlook. No doubt time spent with the terminally ill hammers home the fluid and fleeting nature of existence.

But that’s not to say her self-titled debut is a maudlin affair, only that it mirrors life’s transitory quality. Consequently, another point that often crops up is she both wrote and produced the record, keen to have overall ownership of her work. If life is brief, then Owens is determined to make her mark in the meantime.

She has chosen to stake her claim with an atmospheric electronic record of great imaginative scope. Her compositions take fluid curvatures that are both dreamy and punchy. She has included an ode to the late, great sonic adventurer Arthur Russell, and within it she has aped his ability to infuse soul into his experiments. The track opens with the sound of rain and birdsong successfully blending pastoral references with synthesised sounds, which humanises and warms the sharp coldness of the electronics. A layer of mystique is added with the vocals that aren’t lyrical, but more like airy abstract incantations.

Similarly, Bird’s gaggle of bright chimes provide a loose but solid beat, which is complimented by strings and heavy bass; Lucid’s rolling strings and celestial vocal burst into uptempo electronica and Anxi’s fateful bass notes are blasted by the lightness of Jenny Hval’s voice. Hval is an unsurprising choice of collaborator given that Owens inhabits a similar musical landscape to her folk-synth creations, but within that, she has made a record entirely unique to her.

One of the major strengths of the album is that she paces it so well, fluctuating between bucolic acoustics and driven electronica. Whilst many of her compositions have a canny knack of inducing daydreams, it’s not ethereal folk-fairy fest by any stretch of the imagination. Evolution breaks from the dream-like state with razor sharp beats and warped electronics, creating a no holds barred techno banger. And C.B.M.’s heart lies in its muscular rhythm which contrasts with the vaporous nature of many of the tracks. Whether she’s generating up-tempo grooves or wispy dreamscapes the record resonates emotionally.

Keep Walking finds her at her most vocally sweet in a track that seems to emulate the sentiments of Arthur Russell’s own Keeping Up: that despite the preposterous situations we find ourselves in on this spinning globe it’s always best to keep walking, keep moving, keep on keeping on. Equally, the closer, 8, is the longest and most hypnotic track on the album. Through the frizzy repetitive noise and crisp sheets of percussion, her voice echoes through in a fashion that is deeply moving, but it’s nevertheless pleasingly difficult to explain why.

The end of the record is like the slow wake from a dream leaving you feeling pleasingly fuzzy. It’s credit to her that within the congested realm of electronic music her record stands proudly distinct, as it is both danceable and meditative music with genuine heart. And with that Kelly Lee Owens has made a more than promising debut.