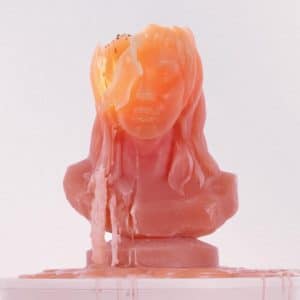 It’s been over 10 years since Ke$ha ram-raided her way into the charts with the genius and trashy trip Tik Tok. Gleefully riding the crest of a pop tsunami with her debut album Animal, the wave broke suddenly by bitter and personal legal battles, and her career was stunted. After a stint in rehab and the $ dropped from her name, Kesha returned with her first work in five years, the cathartic Rainbow, in 2017.

Her new album High Road sees a hark back to her bawdy pop roots, said to be born out of a conversation with her brother asking her why she is no longer making the raucous pop music that punctuated her early days. Her response was that she didn’t feel she was allowed to because of what she had been through. Times may have also changed. Her song Tik Tok is now the name of a burgeoning social media app, although Kesha is being somewhat meta sharing snippets of new videos on the app.

The album’s opener Tonight starts off as a nod to Live And Let Die and weaves into hand-clapping, ranting rap verses with a banging trip-pop chorus forming a canny reference to her own opus Die Young. This continues on the empowering and bawdy My Own Dance, kind of Lana Del Rey meets Toni Basil, which showcases a beautiful nuanced vocal in the middle eight. Lead single Raising Hell is a Pink-esque bouncy, gospel and EDM stadium anthem featuring Big Freedia. A Little Bit Of Love in contrast is a slice of fanfare pop with all the sass of Katy Perry’s Roar, and the playful Birthday Suit is a stroke of genius with its infectious hooks and a mashed-up Super Mario Bros sample – this shouldn’t work, but it absolutely does.

Working with Stephen Wrabel has produced some cracking lyrics, although there are some synaptic misfires, particularly on The Potato Song, but overall there is an astute balance between affecting soundbite and puerile profanity. The more soft and personal touches flourish against the backdrop of the garish pop. The country mid-tempo ballad and heartbreak of Relentless, featuring Brian Wilson and Sturgill Simpson, is just spellbinding. BFF featuring Wrabel is a cutesy and honest ode to platonic friendship – think Gwen Stefani’s Cool fused with Aneka’s Japanese Boy. Father Daughter Dance is a sparse lament to an absent dad with a jarring narrative and a devastating vocal.

The slow-burning Shadow is a tremendous clap-back to the haters with some brilliant lyrical touches “If you’re here to throw shade, then you’re in the wrong place, yeah, you’re blocking my sun!” The title track explores drowning out such haters with drugs against a trancey gospel blueprint. Honey is a slowed-down jibe at a duplicitous friend and sounds like a flagrant hybrid of Madonna’s She’s Not Me and Justin Timberlake’s Cry Me A River.

Kinky is the album’s highlight. A deep cut emerging with a filthy bassline more than reminiscent of Lisa Lisa & The Cult Jam & Full Force I Wonder If I Take You Home bursts into a glorious retro shimmer. This is billed as Kesha featuring Ke$ha and the rap is glorious, but more ’90s R&B than goddess of auto-tune. The album closes with Chasing Thunder, a thigh-slapping, country and gospel crossover. Reflective, yet realistic, Kesha is moving on in self-accepting mode.

She can still party with the rest of them, yet if the irreverent wasted girl narrative can wear a little thin, this is testament to Kesha’s last album Rainbow which was an experimental triumph. High Road appears to have bridged the gap between then and now with flair. Although we heart Kesha the party girl, we love the heart and soul she always pours into her music. A nonchalant and welcome return.