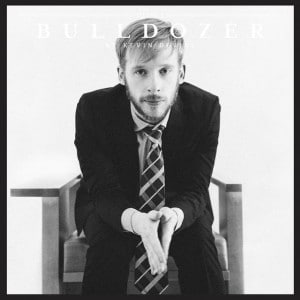 Thirty-three-year-old Brooklyn-based singer-songwriter Kevin Devine is releasing not one but two new albums, and simultaneously to boot. One, Bulldozer, is a solo effort recorded in LA produced by Elliott Smith collaborator Rob Schnapf, and the other, Bubblegum, a full band effort with support from his Goddamn Band.

Raising over $100k via a Kickstarter campaign whereby, basically, fans fund the recording/producing process, Devine was subsequently highly motivated, buzzing with the amount raised which was over double the $50k target. The move to ‘offer himself’ for such financial assistance was initially a reluctant one but the surprise and elation he felt at such generosity from his listeners spurred him on, resulting in enough material being written for two albums.

The music covers a diverse range of styles, with the solo offering more of a melodic folk-rock affair and Bubblegum featuring a more fleshed out, rocky sound to be expected from a full band. Career wise, these represent albums seven and eight in Devine’s rapidly expanding catalogue.

Most songs here were written in just a few months from December 2012 to March 2013 on an acoustic guitar, and that is how Bulldozer begins: acoustic strummings introduce Now Navigate before moving in a slightly heavier electric guitar direction. The title track follows, being a delightful slice of dreamy, sugary pop with the catchy chorus “I need you c-c-c-closer, little bulldozer”, providing one of the biggest highlights over both albums.

Occasionally with the softer, acoustic led tracks, The Crimea are recalled; in particular on From Here, Devine sounds like an American version of Davey Macmanus whilst tackling social events and – not for the only time – singing about the aftermath of Hurricane Sandy. The jangly guitars of Couldn’t Be Happier recall R.E.M. before You Brushed takes a brilliant turn towards the rockier tracks that form the basis of the companion album; it’s a belter of a power pop number, with fuzzy guitars that buzz like a chainsaw struggling to start being at the core of an instrumental section before the contrasting light vocals return.

She Can See Me is another enjoyable power pop effort akin to quieter Ash moments, and the song actually appears on both albums, with the Bubblegum effort benefiting from a far heavier, fuzzy guitar sound. Neil Young-like acoustics open For Eugene, but ultimately the repeated lyric of “I’ve got nowhere to go” could be the song describing itself. Safe then closes the album, taking all the preceding ingredients to produce a compelling and contrasting slower effort. 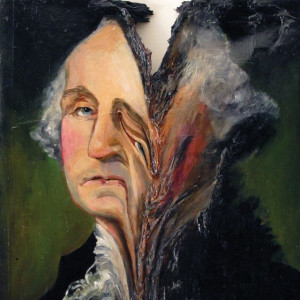 Recorded in New York, Bubblegum opens in a heavier, punk pop manner with Nobel Prize as Devine returns to his punk roots; the main discernible difference immediately noticeable is the increased tempo and prominent, thundering rhythm section alongside racing guitars. Private First Class sounds a little like Green Day with a guest vocalist as Devine’s “pedal-to-the-floor” ethos takes shape, being a reference to the diversity of his material against that of various acts he has supported.

I Can’t Believe You reminds of Kurt Cobain in opening vocal stylings as the pace drops, continuing at the same tempo for the excellent Red Bird, a track that recalls another grunge element in its opening guitars, appearing like the ghost of Cobain. The track takes a blistering turn around the three minute mark to help create a morphing hybrid.

Bloodhound crosses Ash with Pixies as heavier guitars come to the forefront; more power pop adorns the title track as racing guitars drive it forward through the album’s most consistent spell. Sick Of Words is light in comparison but jarring electric guitars provide some variance in proceedings and Somewhere Unoccupied stutters along to deep bass undertones. I Don’t Care About Your Band finishes off the album in comparatively gentle fashion despite a twangy guitar presence punctuating the serenity.

Devine is certainly a prolific artist, of that there is no doubt, and juggling his solo and band careers – as well as performing as a part of Bad Books, a collaboration with Manchester Orchestra – he keeps himself busy. Grabbing only a few months’ spare time to write this wealth of new material doesn’t seem to have caused too many problems though, as the content remains consistently interesting throughout. Time for wider recognition, perhaps.