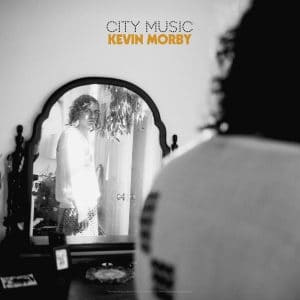 “Oh I’m drunk and on a star,” Kevin Morby sang on 2016’s Singing Saw, lost in his own world. It must have been satisfying – drifting off for the night, safe in the knowledge that he’d made one of the singer-songwriter records of the year, one that made good on the promise of its taster tracks: the roasing I Have Been to the Mountain and Destroyer, a beautiful, saxophone-assisted number which showed up the band of the same name by being a superior version of what they were going for on their Poison Season LP.

It must have been satisfying, but lonely too: these were backwoods tales of a solitary troubadour, elevated by strings, brass, piano, and Alecia Chakour, Hannah Cohen and Lauren Baithrop in the roles of Leonard Cohen‘s cooing “angels”. If his previous solo releases, 2013’s Harlem River and 2014’s Still Life, included some fine cameos (the Cate Le Bon-featuring Slow Train; Parade, which fell down on the right side of Dark Side David Gilmour), this felt like a grand production.

On the subsequent tour, Morby’s electric live band stripped Singing Saw’s songs back to their brilliant bare essentials, and it was with this band and approach that he recorded City Music. After years in bands, including Woods and The Babies, he’s embracing “the freedom to change shape” granted to solo artists, describing City Music as the “right side of my brain” to Singing Saw’s left. (Embellished with organ, massed vocals and talk of “baby angels”, Pearly Gates is the only track that would have been a natural fit for Singing Saw).

It’s a different kind of solitude being explored here: the loneliness of being in a big city, the feeling of being “all alone on a crowded street”, as he sings on Crybaby. Come to Me Now, with its moody atmospherics and beat like a “pretty and slow” train a-comin’, instantly places the listener in this urban setting. A nocturnal animal, Morby “can’t wait for the sun to go down… tired of squinting at this ugly little town.” “I can’t wait for the moon to rise,” he sings, and a guitar howls its distorted approval.

The moon isn’t the only bright light on City Music: Night Time finds Morby seeking intimacy with the romantic plea “turn me on like a bright light in a big city”; on the closing track, the downtown lights “look like a fire as I’m headed out in the snow.” In the middle of the album sits a 30-second excerpt from Flannery O’Connor’s The Violent Bear It Away where a young boy, who’s trying to escape his destiny, mistakes the approaching city lights for the blazing fire he’s just fled from – a running from one fire straight into another that feeds into Morby’s description of City Music as “a fever dream, a love letter dedicated to those cities that I cannot get rid of, to those cities that are all inside of me.”

Like on Drunk On A Star, Morby is up in the sky on the cracking Tin Can, looking down on the activity below. He’s “no one but a face, just a stranger in a stranger place,” but he’s enjoying the freedom that comes with this anonymity, surrendering to the city’s all-consuming nature. “I am a visitor here… I am a prisoner here… but I don’t mind,” he sings, letting out a whoop.

It’s almost inevitable that an urban record made by an American rock classicist – especially one who moved to New York as a teenager like Morby did – will evoke Lou Reed. Crybaby’s hammered piano chords and lines about “walking hand and hand with myself and with my sin” are very Reed, while its doo-woppy title nods to the music of which he was so fond. Dry Your Eyes has the same hushed, intimate quality that’s made the third Velvet Underground LP such an after-hours classic, as does the lovely piano work on the beautifully unhurried Night Time. And the “colored girls” say that Aboard My Train’s playful asides – “He would make me laugh like the devil (Ha! Ha!)”; “May we shake these bones with style (watch me now!)” – couldn’t be more Transformer.

Shooting for a rawer, more stripped-back sound has left certain songs on City Music feeling under-powered and –developed, however. Despite the “Joey, Johnny, Dee Dee, Tommy” namecheck and supposed danger of the line “you know I’d walk a mile just to die”, sub-two-minuter 1234 is less Ramones’ Blitzkrieg Bop, more Wreckin’ Bar (Ra Ra Ra) by West London louts The Vaccines; less CBGB ’76, more FIFA 12. Caught In My Eye is an uneventful shuffle that does little with an intriguing premise; a high, eerie female vocal appears near the end and threatens to take it somewhere interesting, but it’s too little too late. Repeating the same handful of lines fails to bring the title track alive or do justice to its ever-evolving music – a two-minute intro that quickens to a soul stomp with handclaps; a gorgeous, ringing guitar riff constantly comin’ round. But lyrics such as “downtown’s locked up for the night, and I don’t have a key” (Downtown’s Lights) are far better, proving that dazzling turns of phrase are well within Morby’s grasp.