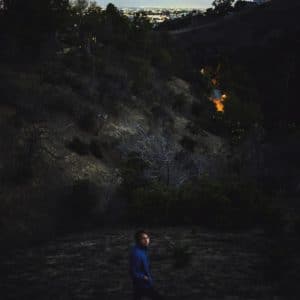 Kevin Morby may be a new name to many, although he has already amassed a substantial catalogue through work with two bands (along with Cassie Ramone he is one half of Vivian Girls and, until recently, was bass player in Woods, contributing to four of the band’s albums). He has also made two albums as a solo artist, both very much in a singer-songwriter space with laudable but predictable reference points.

Singing Saw finds Morby making a substantial leap forward. As a singer, he sounds more present and confident. He possesses a half-spoken singing voice that is sometimes placid-sounding and sometimes caustic. It is easy to see why he has been so frequently compared with Bob Dylan, although he also sometimes resembles the conversational wisdom of Bill Fay or even Steve Gunn or Bill Callahan, contemporary songwriters occupying similar space.

For this album, Morby has crafted a more diverse and atmospheric set of contexts, environments that mostly offer that voice the space to be centre stage, but which offer musical contributions that compensate for its emphasis on clarity and phrasing over melody. The title track is a case in point. It features the instrument that provides its title (played by John Andrews), creating an effect that is ghostly and unsettling but also majestic. Dazzling, semi-improvised guitar lines stretch outside the limitations of the song’s simple harmony and hint at more turbulent feelings. Underpinning it all is an insistent, dependable groove with a lithe and mobile bass line. The attention to detail here is such that the song can extend to more than seven minutes without having overstayed its welcome.

Similarly striking, although more concise, is I Have Been To The Mountain, which deploys a stirring gospel-rock sound, perhaps to further highlight the inspirations of its title (the last speech made by Martin Luther King, Jr.). A number of the songs on Singing Saw have a strong sense of narrative, musically as well as lyrically. Drunk and On A Star is thoughtfully arranged, with strongly melodic lead guitar figures and a gradually expanding sound palette that eventually incorporates lush but unobtrusive strings. Even the album’s most generic-sounding moment, the fuzzy chug of Dorothy, has its moments of unexpected turbulence, at one point breaking away from its latent rock ‘n’ roll into a dreamy trumpet fantasia. These songs construct their own journeys, sometimes with intriguing detours and digressions.

The sound of the album is further varied with the appearance of a rickety, honky-tonk sounding piano that adds a sepia-tinged character to the acerbic ballad Ferris Wheel (“I lose my mind….sometimes,” Morby sings, in a style a little reminiscent of Bill Callahan’s ‘beer’ and ‘thank you’ on The Sing) and the melancholy Destroyer (in which Morby is carried away by angelic female voices surely modelled on Leonard Cohen’s ‘angels’). The austerity of Ferris Wheel stands in marked contrast to the broader instrumentation found throughout the rest of the album.

Curiously, it’s on Singing Saw’s concluding two tracks where Morby most closely resembles Cohen and Dylan. The brooding Black Flowers could have been picked from Cohen’s Songs Of Love and Hate were it not for its steadfast percussion (which perhaps makes it feel even more ominous). Water has the sort of sneering shuffle highly characteristic of Dylan circa Highway 61 Revisited or Blonde On Blonde, albeit with edges softened by a much less raw sound. For the most part, though, Morby is refashioning his admiration for canonical songwriters through a closer attention to mood, atmosphere and the evocative potential of sound.