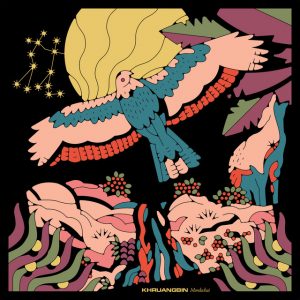 After a gruelling three and a half years of non-stop touring, hotly-tipped psych-rock trio Khruangbin had no choice but to slow down. The band returned to their hometown of Houston, Texas for a spot of soul-searching and underwent something of a rebirth.

The result is Mordechai – named after a friend who guided bassist Laura Lee Ochoa through a period of uncertainty, and the mostly instrumental outfit’s first album to prominently feature vocals.

Anyone who’s even remotely familiar with Khruangbin knows how far-flung their influences are – their rich sound incorporates everything from Jamaican dub and Thai funk to French jazz fusion and Somalian disco. But while the globe-trekkers continue to draw from a sumptuously diverse palette, their third LP is very much a homecoming record, with themes of memory, family and the joy of their native city at its core.

When Mordechai works, it’s a lush and meditative soundtrack that would no doubt slot perfectly into any backyard barbeque or cross-country road trip playlist. Disco number Time (You And I) is an all-out summer banger, boasting the kind of sun-drenched riffs that Nile Rodgers would be proud of. And percussion-driven album high point Pelota is a delightfully lively, surreal nod to Lee Ochoa’s Spanish heritage, complete with a traditional vocal performance.

But with more hesitant, meandering tracks like the dubby One to Remember and spoken word-driven Connaissais de Face, Khruangbin’s third full-length project never really goes beyond incredibly stylish background noise. It’s not that the music is forgettable – it’s just inoffensively pretty listening, and doesn’t do quite enough to command your full attention.

While Mordechai falls just short of providing that ‘sit up and take notice’ moment many of us have been waiting for, there’s certainly a lot to admire about Khruangbin – not least their formidable crate-digging skills.