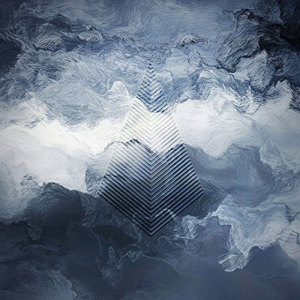 Kiasmos is the name given to the musical project featuring Icelandic composer and multi-instrumentalist Ólafur Arnalds and Faroes-based electronic musician Janus Rasmussen. It feels apt to draw attention to their nationality on their debut release – the cool sleekness and polished purity that runs through the album initially seems to be drawn directly from their geographical background. Arnalds may be the better known of the two, already having a number of acclaimed albums and EPs under his belt, but it is the electronic, synth-and-beat-led sounds brought to the collaboration by Rasmussen that arguably define the album and stand boldest.

Some familiar names are conjured up on early listens – the most forthcoming comparison being that of Jon Hopkins, and in particular last year’s excellent Immunity album. The way in which the tracks here blend into one, offering a richly immersive experience share much in common with that album (and deserves to be heralded in similarly glowing terms). Looking further back, Pantha du Prince‘s Black Noise also presents itself as a point of reference – evidenced in opening track Lit, specifically in the way in which the crisp, clean-cut beats mix with other sonic elements (here, the soft piano notes and discreet washes of strings provided by Arnalds). It’s the perfect introduction, gently easing us in with a template that will be revisited and reworked throughout. A more discernible piano melody gracefully tiptoes through the beats on Held, transmitting a sensitivity and poignancy unmatched on the rest of the album. It’s the most introspective the album gets, however; once passed, the album only heads in one dancefloor-signposted direction.

Like many of the most successful albums of this genre, the sense of journey and movement is keenly felt throughout. Looped sets in motion the sense of momentum and escalation that takes over the rest of the album, gradually layering a more prominent set of beats over the delicate piano motifs. Swayed takes it to the next level, introducing a dubbier and club-orientated sound. It’s a key moment on the album, the tiered beats that anchor the track marking the subtle transition from elegant beauty to inhibition-free pleasure-seeking.

Thrown reinstates an element of control, before progressing in Four Tet-shaped directions. It’s followed by the wider, penetrating synth incursions of Dragged which acts as a clever precursor to the twin climax that ends the album. It also shows how Arnalds and Rasmussen skillfully micro-manage the mood and flow of the album to impressive effect.

The final two tracks reach a peak that bring the musical concurrency of the album to a satisfying conclusion, with Burnt succeeding in particular as an effortlessly towering closer. By this stage any sense of self-control has been gleefully relinquished. Comparisons may still occasionally drift in and out but ultimately this is an album that demands to considered on its own terms and merits. The integration of beats, synths, strings and piano offers an uninterrupted, textured suite that is as assured as it is enveloping.