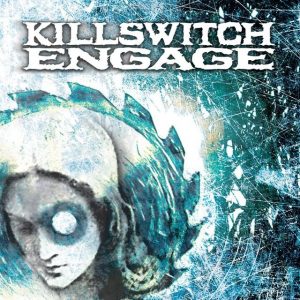 Some things are just not meant to be understood.

Let’s take the making of an album. A band goes to all that effort to craft music, tease out lyrics and meticulously refine and record the songs. They agree on the track ordering, commission the album artwork and even write acknowledgements. And then, at the end of it all, the band members get asked for an album title and they shrug their collective shoulders and say, “Er… dunno”.

Once in a band’s career might be viewed as a misdemeanour, but twice? Surely that’s a serious felony, symptomatic of a lack of creativity? And so it was with a certain degree of trepidation that we approached the fifth (and second eponymous) album by Massachusetts metalcore maestros Killswitch Engage.

They’re probably incapable of producing a bad record. After all, this is the band who have straddled and brought together multiple strands of heavy music sub-genres; who combined European metal with American hardcore attitude; have been punishingly brutal yet always melodically inclined; and are one of the most important bands of the last decade to form a bridge between mainstream and more extreme forms of heavy metal.

On the positive side, most elements of Killswitch Engage’s signature sound are present and correct: the dual guitars; the muscular chugging riffs and expert rhythm changes; Howard Jones’ stridently vocalising thoughtful lyrics; and the choruses that always shoot for the anthemic stars.

And when all these components synergise in the likes of A Light In A Darkened World and Save Me, it’s easy to marvel at Killswitch Engage’s ability to construct songs that can be so damn heavy yet so utterly sing-alongable at the same time.

However, even within this album’s relatively short 38 minutes, there is a nagging sense of predictability and template and too often songs seem to be a case of: 1) Iron Maiden intro. 2) Galloping, heavy, screamed verse. 3) Slowed-down, cleanly sung, radio-seeking chorus.

Perhaps this is down to guitarist and hitherto sole producer Adam D allowing in outside counsel for the first time in the form of Brendan O’Brien. O’Brien has some more-than-worthy past credits (Pearl Jam, Rage Against The Machine, King’s X) and given those bands, we should probably be grateful that Killswitch Engage haven’t gone all grunge on us.

But there’s no question that Killswitch Engage now sound like they are trying to reach out to the masses more than before, which would be okay if there was more song structure variety and/or tunes that were strong enough to force themselves on to wherever it is in your brain that memorable melodies get stored (another thing not meant to be understood).

“Nevermind”, as another grunge band once said. Killswitch Engage still rock – just not quite as consistently well or as hard as on previous efforts. Perhaps Killswitch Engage Decaf would have been a more appropriate album title.