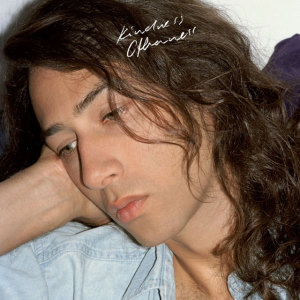 It’s always a reliable indicator of a debut album’s success when you look at the supporting cast of guests, collaborators and associates that feature on the follow up album. This is the case for producer Adam Bainbridge aka Kindness, whose cachet has certainly increased following his well received 2012 debut World You Need A Change Of Mind.

Where that album was an insular solo affair, follow up Otherness sees Bainbridge opening up his sound and allowing Kindness to broaden out into a more collaborative approach featuring varied contributions from Robyn, Kelela, Dev Hynes, M.anifest and the well-honed and renowned mixing skills of expert engineer Jimmy Douglass. The inclusion of other voices and ideas as well as a softer, lighter tone help to make Otherness a more cohesive listen but its immaculately crafted sounds perhaps negate any real distinctiveness or strong personality.

It’s on the second album that you truly begin to gain an insight into an artist’s personality and their creative oeuvre. To an extent Otherness is the sound of Kindness letting some light in exchanging cold, robotic, ’80s electro funk for a warmer, sultry jazzy RnB and soul vibe. The ’80s sound is still there but it’s a bit more Soul II Soul than Janet Jackson Rhythm Nation era funk. You can also sense a change in mood from the artwork. Once again, a single image of Bainbridge is used but rather than a dark and expressionless stare, he’s pictured in full colour in dreamy reflection.

The music here is pared back and more organic. Copious amounts of saxophones and horns (performed by Finn Peters) will either fill you with joy or make you recall in horror depending on your opinion on this maligned instrument. For Kindness, though they more often than not add to the fluttery, blissful soft focus beats and lithe and supple rhythms. As a producer Bainbridge is adept at making a little go a long way and his use of horns, sax and other ’80s trademark sounds is particularly skilful, helping to give songs like opener World Restart a strong hook and a looser, funkier sound. It also offers a perfect backing for Kelela’s supreme vocals, which are a standout on the three tracks on which she features.

Despite his skill as a producer, his guest vocalists, primarily on standout Who Do You Love featuring Robyn, often outshine Bainbridge. Here, the Swedish singer delivers a peerless performance full of tender melancholy against the most gentle and ululating synth backing. It creates a feeling of true emotion that Bainbridge himself can sometimes struggle to conjure. Elsewhere, Ghanaian rapper M.anifest enlivens the jazzy meanderings of 8th Wonder, a track thrown rather off balance by a lovely, yet perhaps superfluous harp coda, and friend and peer Dev Hynes teams up with promising UK soul singer Tawiah on sweet slow jam Why Don’t You Love Me.

Despite the album’s often lovely sounds and lighter touch, the strength of some of the songs isn’t quite there and you don’t really feel immersed. The lyrics are rather inconsequential and add little to the songs. What perhaps harms the album more than a lack of truly memorable melodies is the kind of oblique curiosity that made his debut compelling. There’s nothing quite like the haunting cover of The Replacements Swingin’ Party or the deeply odd, heartfelt croon of the Eastenders theme tune that made his debut so fascinating. The closest Otherness comes to a moment like this is the beguiling florid folk RnB of for The Young. Built around a repeating sample of Moon Light, a 1985 collaboration between Herbie Hancock and Gambian kora player Foday Musa Suso, the sample’s distinctive incongruity gives the track a unique and beautiful sound. Bainbridge had to write personally to Hancock himself to get permission to use the sample and, in perhaps the ultimate indication of his creative ability to mould disparate sounds and convince others of his ideas, Hancock agreed.

Otherness is probably a better album than Bainbridge’s debut as Kindness but it succeeds in different ways and is certainly more of a slow burner. Bainbridge is now an established name and Kindness is a proposition attractive to ever more musicians. It’s to be hoped that as well as reaching out to other artists in the successful way he does here, Bainbridge gives us a bit more of his own personality and feelings in future projects.