Kindness – World, You Need A Change Of Mind 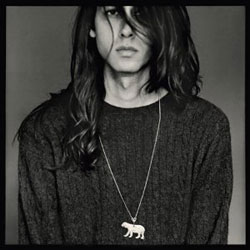 Kindness, the alias of UK producer Adam Bainbridge, has been shrouded in mystery ever since he first emerged on a wave of hype back in 2009 before promptly vanishing soon after. In that time away he has been holed up in Paris with Grammy award winning producer Phillipe Zdar making his debut album World, You Need A Change Of Mind and it is a curious, and frequently brilliant reminder of why Bainbridge was so feted.

Kindness’ music is a potent mix of late ’70s/early ’80s funk and disco and the kind of hazy minimalist pop popularised by the likes of Ariel Pink and Toro Y Moi. World, You Need A Change Of Mind can be described as a dance floor record but it is one haunted by a spectral quality; there is often a tinge of sadness to Bainbridge’s rhythmic grooves. As with most of the best dance music there is always a hint of melancholy, even in the most exuberant sounds.

The dance floor is explicitly referenced in the opening track Seod. Setting the tone for the album with a very slick and smooth sound featuring guitar solos, twinkling synths and a nice minimal groove, it is a paean to the joys of letting it all go down at the disco. Yet there is a wistful tone as Bainbridge croons “Twisting on the dance floor, I wished it last forever”. The previous single, a cover of The Replacements‘ Swingin’ Party, still sounds glorious and is an example of Kindness’ rather more outré take on electronic pop. It takes an inventive mind indeed to turn Paul Westerberg‘s guitar pop into a piece of inventive electro and its propulsive arpeggiated synths, coupled with Bainbridge’s mournful vocals, give it a real tone of aching sadness.

Even stranger still is Gee Wiz, which is perhaps the most basic track here. Over nothing more than a simple bass groove and some loose and fidgety funk guitar, a whole wave of spacey and eerie vocal sounds come floating in off the ether, combining to give the track a truly entrancing quality. It’s all deeply strange yet captivating stuff.

It is clear that Bainbridge is a real aficionado of all things disco and funk, and the more upbeat straight-up funk workout of Gee Up is particularly effective. The track bursts into an impossibly addictive rhythmic groove before fading out almost as quickly as it came in. It is a very clever trick to give the listener just a fleeting moment of exuberance and is an example of Bainbridge’s clever use of dynamics, a repeated theme of the album.

The second half of the album is more song based and there are distinct echoes of Prince on the warm and enveloping pop of House, perhaps the brightest moment on the record. The ’80s RnB sound comes to the fore on That’s Alright and its enormous electro pop chorus and female vocals are reminiscent of Rhythm Nation era Janet Jackson and the sound created by her famous producers Jam and Lewis.

The album becomes even stranger on Anyone Can Fall In Love, a cover of, unbelievably, the EastEnders theme tune. It is a measure of Kindness’ subversive skill that what could be viewed as a cheesy novelty curio is perhaps the loveliest moment on the record, transformed as it is into a gorgeous, soulful ballad. It is a beguilingly beautiful moment.

For a debut album, there are precious few mis-steps, apart from perhaps a little too much instrumental noodling. But, aside from that, it is remarkably consistent. The album ends with the entrancing Italo Disco swing of Doigsong, Bainbridge and his musicians locked on a relentless groove that is both invigorating and emotionally affecting.

Listening to World, You Need A Change Of Mind you get the impression that, if he so desired, Adam Bainbridge could write a fully-fledged melodic commercial pop album. Kindness is a rather more strange and oblique proposition, however, and the music collected on his debut album perfectly fits his mysterious character.