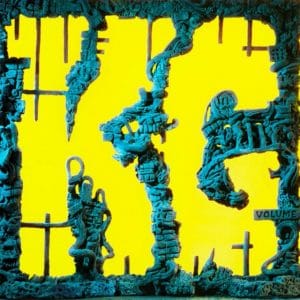 What is this now, album number 16 from King Gizzard And The Lizard Wizard? Released as this explosive bin fire of a year finally pulls down the shutters, it’s been a pretty fallow year for the Melbourne garage rockers, what with them only managing to put out six live albums, a two volume demos collection and now this long player.

Apparently they’re in the grip of what might be classified as their ‘Desert Rock’ period, and its evident that someone in the band has been listening to a bunch of Omar Souleyman, Altin Gün and some of those fantastic Finders Keepers compilations of Turkish psych, and decided they should follow suit.

One of the more admirable qualities of the band has been their inclination to always incorporate new genres into their mix, whether it be the progressive jazz fusion noodling that marked their creative highpoint, 2015’s brilliant Quarters, or the trash metal wrath incurred on last year’s rabid Infest The Rat’s Nest. That mischievous evolution prevented them from falling into stereotype. Billed as the spiritual successor to 2017’s Flying Microtonal Banana, sadly a lot of this new record feels like exactly that, the musical equivalent of the yellowy orange filter Hollywood tends to put on films and TV shows to indicate that it’s the Middle East.

Yet as flippant as that may sound, there are still some flashes of innovation. Straws In The Wind positions itself as one of their finest tracks, a maximal acoustic skewering of the old power ballad trope, replete with tongue-in-cheek environmentally themed music video filmed apparently for under a tenner. Elsewhere, Intrasport’s sultry Moorish electroclash points at a potentially attractive new direction for the antipodean overachievers.

Hidden behind the zany Beetlejuice meets Games Workshop model kit that adorns the cover of the album lies a bright yellow K.G. Strip away the adornments of genre and the graphic kookiness and this band will supply a cave full of treasures. You just need to know which words will open it.