This Is The Kit – Moonshine Freeze 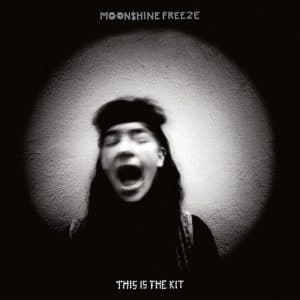 For some artists, there comes a point where it appears that this is their ‘moment’. The time where they step up a certain gear and take the opportunity to make themselves known to a wider audience. For Kate Stables’ band This Is The Kit, that moment seems to be long in the making. Their last album, Bashed Out, was something of a breakthrough, building on the recommendation of one Guy Garvey, and her fourth record is her debut for Rough Trade.

The step up to a legendary record label isn’t the only expectation that Moonshine Freeze has been landed with. As well as assembling her usual collaborators (Rozi Plain, a fine singer/songwriter in her own right, and The National’s Aaron Dessner), Stables has also reunited with veteran producer John Parish who produced her debut album Krulle Bol back in 2008.

Thankfully, this hasn’t led to any radical departure for This Is The Kit’s sound. It’s evolved subtly for Kate Stables over the past 9 years, and continues to do so on Moonshine Freeze. Hers is a warm, comforting sound that deserves to be listened to, fully enveloped, in headphones. The arrangements are minimal, but on each listen something else jumps out, and it’s all anchored by Stables’ quiet yet expressive vocals.

Bullet Proof’s gently swaying rhythms, infectious banjo line and understated beats, gently lure you in before you are slowly shaken awake by the surprisingly muscular guitar arrangements of Hotter Colder. It’s the latter which demonstrates Stables’ confidence in expanding her sound, the skittish arrangement augmented by a horn section and, eventually, a strangely menacing saxophone solo.

Stables’ lyrics remain as cryptic as ever, but there’s much disturbing imagery to be found, often at odds with the warmth of the music. Two Pence Piece tells of “blood in my mouth, tasting of coin”, while the standout Riddled With Ticks sees Stables quietly repeating “I will fight you, fight you, fight you” – before murmuring “probably lose” – without making it clear which party will end up on the floor.

Probably the best moment on Moonshine Freeze though is the wonderful By My Demon Eye which jumps effortlessly into a joyous chanted chorus – sung in an African language – switching gears when Stables sadly intones “but honestly, what am I to you, what are you to me, we are both not enough, and too much” before concluding that “love is not enough – and too much”. It’s almost heartbreaking in its poignancy.

Although the more robust arrangements stand out on Moonshine Freeze, there’s plenty to enjoy in the more fragile songs such as Easy On The Thieves (which has more than a nod to Seven Swans-era Sufjan Stevens and also features the delightful sound of Stables singing “what a proper pair of Charlies”), and the ghostly sound of the beautiful Show Me So.

There may not be a big crossover hit on the album, but that doesn’t stop Moonshine Freeze sounding like the best record of Kate Stables’ career so far. Some may find it a bit too understated or intricate, but there’s a chemistry on display here that only a band of musicians who obviously adore playing together can conjure up. As the last few piano chords of Solid Grease fade away, it’s hard to shake the feeling that you’re listening to one of the albums of the year.