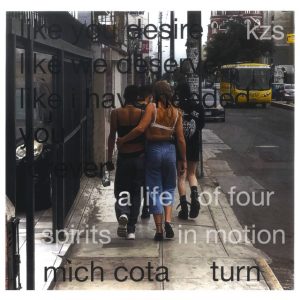 Pluralistic structures govern the expansive and malleable new album by avant-garde composer Kìzis. Sympathetic in tone, it’s constructed around notions of preservation: be it the self, the land, the artist’s indigenous background and traditions and, last but not least, her life as a trans woman.

Elaborating on the fugitive nature of these revelatory modernistic symphonic collages poses a distinct set of challenges, but it’s Sister Flower, which appears on the record in four configurations, which most clearly defines the strategies adopted by the Montreal native.

In its first iteration, pastoral soundscapes succumb to opaque tribal chanting, before dreamy and restless stream of consciousness queer confessionals 8-bit polyrhythms and throbbing electro. The second take is seemingly built around four acts, initially centred around whispered repetitions and glitching political samples. It then defies convention by flipping round and becoming a seductive slow jam, elevating her sisters, both familial and communal, as being fierce, perfect, good and ‘beautiful like Mariah Carey’. That section is brief as it dizzily becomes an ominous free jazz industrial lament and, as you’re adjusting to those new circumstances, it morphs again and settles on a spoken word piano led torch song. The third and fourth variants are equally as gallant.

Contingent on the strength that comes from working collaboratively, Kìzis capitalises on an impressive network of interdisciplinary collaborators (over 50 in total including Peru’s Escalimetr0, fellow Canadian polymath Owen Pallett and the divine guidance of Beverly Glenn Copeland) to edit together a profoundly healing record, which rejects the solipsistic in favour of democratic experimentation as well as romantic and platonic immediacy.