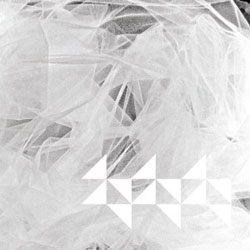 When Marcus Joons decided to head off to Samoa in order to find himself, he found a musical landscape that seemed to be defined by a peculiar mix of church choirs and hip hop (whether he actually found himself is another matter). This combination of sounds triggered a concept that led to Joons recruiting Radio Dept keyboardist Daniel Tjäder in order to get the ideas into some kind of workable form. The result is the otherworldly expanse of An Album By Korallreven.

On first listen it quickly becomes apparent why that title is not quite as throwaway as it might at first seem. This is a record that is meant to be listened to as a whole. That there have been singles released is incidental, on their own they’re mere songs, but it is as an album that they make the most sense. Korallreven specialise in making songs that inspire daydreaming. Why get swept away for a few minutes when it’s entirely possible to drift away for an hour and become fully immersed in the beautiful landscapes that the band are so adept in creating?

As Young As Yesterday starts things off like a fresh breeze of summer air – floating out of the speakers as delicate as a cotton wool cloud drifting in a blue sky. Victoria Bergsman’s vocals are intoxicating and find their place within the choral loops and understated beats perfectly as the simple synth stabs create instant hooks.

Sa Sa Samoa finds Korallreven revelling in those choral influences again, and with the help of Julianna Barwick (her own album The Magic Place might well be among the year’s best), they paint a shimmering tribal vista. Every beat, note and vocal loop is finely tuned and delivered to perfection.

The Truest Faith brings things back into focus with a more direct melody and immediate approach. The vocal lines are still lost in a haze of ambiguity, but that hardly matters. This is the sound of relaxing on a sunsoaked beach with crystal clear waters lapping at your toes, or whereever your mind might wander to in times of extreme relaxation. Everything just slides away. Loved Up (the band’s debut single) is as powerful now as it was back when it first appeared in 2009. The rhythms verge on calypso as the soft focus sway of the loops and whispered vocals recall blissful sunny days yet again.

Comin’ Closer heads back to the ’80s and trawls through similar territory to that explored by M83 earlier in the year with Hurry Up, We’re Dreaming. As such it is slightly out of keeping with everything that precedes it, but offers an alternative to the hypnotic Korallreven holiday on a sunkissed beach and suggests a bar full of sunburnt blokes in sombreros sipping at Sol (lime shoved down the neck hole obviously).

Things go a little awry with Pago Pago, as it drifts a little too close to relaxation tape territory for comfort. The Pan Pipes are present and correct, all that’s missing is a whale crooning in the background. Honey Mine meanwhile comes across like a package tour version of Dreadlock Holiday. They get things back on track quickly though and A Surf On Endorphin is every bit as euphoric as its title suggests, sounding as if it’s being played from within the breaking arc of a perfectly formed wave. From there it segues into Comin’ Down, a marvellous ambient closing track which owes a sizeable debt to Sabres Of Paradise.

A rather wonderful slice of dreampop then, slightly flawed in places maybe, but this is an album that opens the door to the realm of the senses. It’s worth stepping through and wandering around.